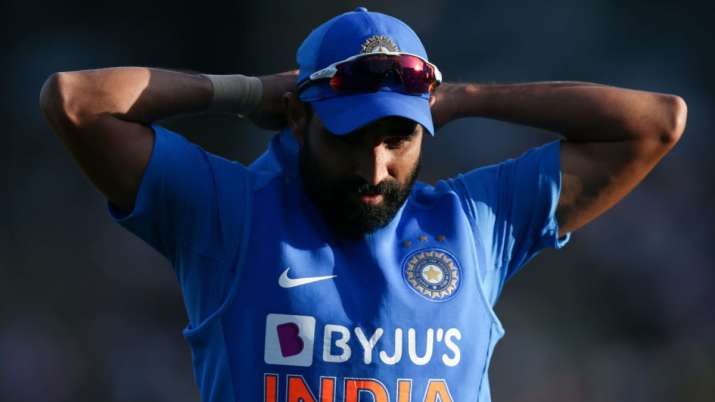 While fans across the country and even most players are hopeful of the 13th season of the Indian Premier League to happen, veteran Indian fast bowler Mohammed Shami on Wednesday reckons that with World T20 already scheduled to hppen later this year, there won’t be time left to find a window for IPL 2020.

IPL 2020 was slated to start from March 29 at the Wankhede Stadium, but with the rise in coronavirus pandemic across the world, BCCI postponed it until April 15. With no improvement in the situation, BCCI was forced to postpone it indefinitely until further notice.

While BCCI is still in search of a safe window later in the calendar year, Shami feels that the board won’t be left with choices as the World T20 begins from October onwards while there are other international tours as well.

“I don’t think there will be time left to hold the IPL because the (T20) World Cup is also there and everything has stopped. IPL will have to be re-scheduled but looking at the current scenario, I don’t think the IPL will be possible,” Shami told India Today.

Shami also talked about his life beyond cricket and how it had turned upside-down following an accusation of domestic violence and adultery in 2018 by his estranged wife Haseen Jahan. A few days back he had even talked about the same with teammate Rohit Sharma in an Instagram chat where he revealed that he had thought of committing suicide thrice during that phase.

Talking about the same on Wednesday, Shami revealed how he has bounced back from that phase while thanking his loved ones and friends for their support.

“I haven’t changed myself as much as I have in these two years. I pray to god that nobody has to see the kind of up and down I have seen in my life. I’ve never worked so hard in my life. Also I didn’t give up.

“I’ve changed my training, lifestyle, food habits, and all that has helped me cope with all the issues in my life in the last 2-3 years. You will see a lot of difference in my fitness and skill today as compared to what it was before 2015.

“Such things were going on in my life that I wasn’t able to tolerate it or face the issues properly. I was fortunate that my friends and family were with me during that phase and were more worried about me than myself. I once expressed to them in ager that death would be better than living like this and they got very scared. That’s why they sacrificed their own lives to be with me all the time.

“But by god’s grace everything is back to normal now and life is back on track. The case of dowry against me is going on in court but we’ll see what happens. I haven’t met my daughter in a very long time but spoke on video call with her once. It’s not easy to stay away from your children for any parent. But I hope that I get to meet her soon,” Shami said.