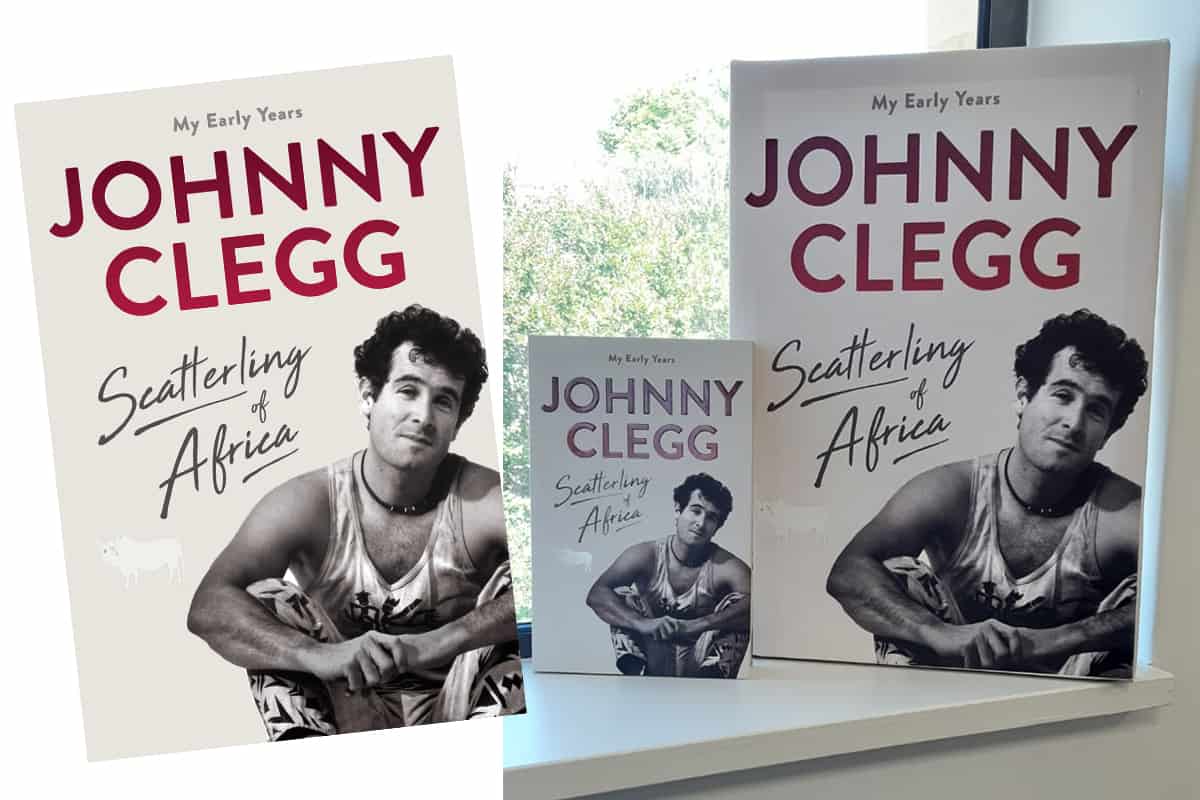 ‘There are moments in life that are pure, and which seem to hang in the air, unhitched from the everyday world as we know it. Suspended for a few seconds, they float in their own space and time with their own hidden prospects. For want of a better term, we call these moments “magical” and when we remember them they are cloaked in a halo of special meaning.’

For 14-year-old Johnny Clegg, hearing Zulu street music as plucked on the strings of a guitar by Charlie Mzila one evening outside a corner café in Bellevue, Johannesburg, was one such ‘magical’ moment. The success story of Juluka and later Savuka, and the cross-cultural celebration of music, language, story, dance and song that stirred the hearts of millions across the world, is well documented. Their music was the soundtrack to many South Africans’ lives during the turbulent 70s and 80s as the country moved from legislated oppression to democratic freedom. It crossed borders,
boundaries and generations, resonating around the world and back again.

Less known is the story of how it all began and developed. Scatterling of Africa is that origin story, as Johnny Clegg wrote it and wanted it told. It is the story of how the son of an unconventional mother, grandson of Jewish immigrants, came to realise that identity can be a choice, and home is a place you leave and return to as surely as the seasons change.

JOHNNY CLEGG was born in England on 7 June 1953. He grew up in Zimbabwe and South Africa, and spent a formative year in Zambia as that country transitioned to independence in 1964. Together with Sipho Mchunu, Clegg
formed the multiracial band Juluka. They toured the length and breadth of South Africa, performing in township halls and at music festivals. The song ‘Scatterlings of Africa’, a hit in 1979, launched their international career and saw
the band invited to perform in Europe and the United States. In 1986, after Juluka disbanded, Clegg formed Savuka, and many of his iconic songs came from that era – ‘Asimbonanga’, ‘Great Heart’ and ‘The Crossing’. Clegg died on
16 July 2019, leaving his wife Jenny, and sons Jesse and Jaron.

Ts&Cs apply. Competition will run online only. By entering the competition, you accept The Citizen’s standard terms and conditions. Premium members get an automatic entry to all citizen.co.za competitions.

Enter now by completing the form below: