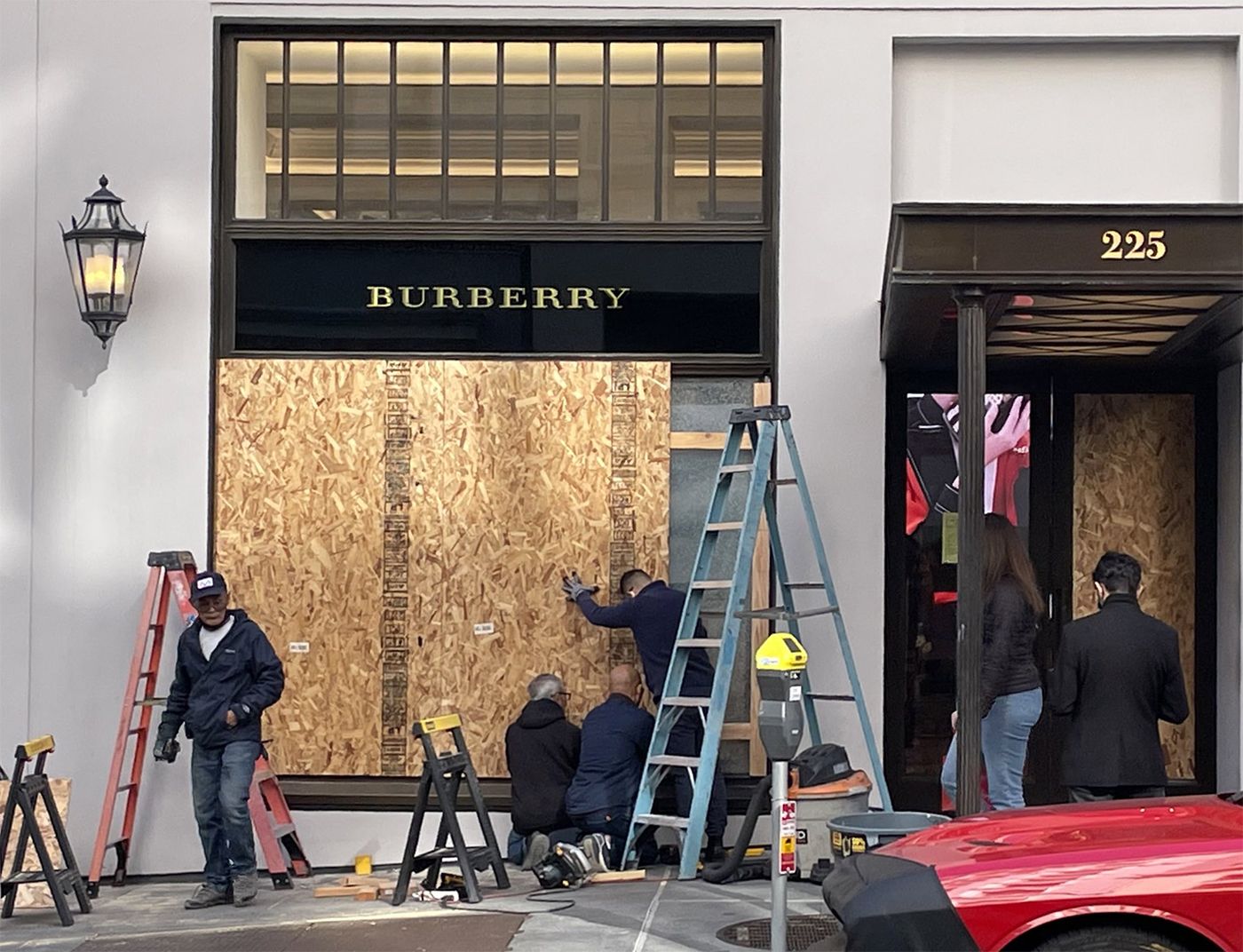 SF District Attorney Chesa Boudin announced felony charges against nine individuals on Tuesday in connection with Friday’s widespread robberies at Union Square retailers, and they range in age from 23 to 53.

Unlike the smash-and-grab heists seen in Union Square and on the Peninsula earlier in the year, which appeared to be perpetrated largely by groups of teens and young adults, there was a surprising range in ages among those who allegedly participated in the chaotic robberies the night of November 19. Boudin announced the charges Tuesday, and the SFPD suggested that more arrests are pending.

“These are not petty thefts,” Boudin said, per KTVU. “This is not misdemeanor conduct. This is felony conduct.”

He added, “This is not something limited to one neighborhood or designer store. This is something that affects us as San Franciscans.”

Seeking in part to deflect accusations that too many of these property crimes go unpunished or only lightly punished, Boudin said, “Ultimately in every single case including this, it is the decision of the judges and the Superior Court of San Francisco whether somebody stays in custody pending trial or whether they are released.”

A group of at least 30 individuals participated in organized robberies of multiple SF businesses on Friday, including high-end retailers Louis Vuitton, Fendi, and Dolce & Gabbana. As seen in an incident in July at Neiman Marcus in Union Square, and a similar incident at Saks Fifth Avenue in May, a large group of assailants smashed display cases and stole luxury merchandise, fleeing in waiting cars.

Multiple other similar incidents happened over the weekend across the Bay Area, including a swarm-robbery involving 50 to 80 individuals at the Nordstrom in Walnut Creek. CNN has subsequently reported on similar incidents that have happened at a Nordstrom in Los Angeles, and a smash-and-grab incident at a Louis Vuitton store in suburban Chicago.

Experts and investigators have spoken to multiple news outlets in recent days discussing some of the drivers in this trend in crime. Among them are the generally lenient treatment in the criminal justice system of the perpetrators of these crimes, and the ease of turning a profit in reselling stolen goods via multiple online outlets — even though eBay, for one, claims to be vigilant about the trafficking of stolen goods. Ultimately, the short-term reward seems to outweigh the risks of getting caught or severely prosecuted if caught.

“The recent premeditated retail theft mob action in multiple cities across Northern California is intolerable and will not be accepted by District Attorneys, law enforcement officials and our community members,” said San Mateo DA Steve Wagstaffe in a statement given to NBC Bay Area. “Anyone caught engaging in such criminal conduct should expect to find themselves facing prosecution, conviction and incarceration. There is no leniency for such behavior.”

“These are clearly carefully orchestrated crimes, working together in large groups to create a mob-like mentality,” said Alameda County District Attorney Nancy O’Malley in her own statement. “They are instilling fear in merchants, customers and the wider community. This is especially appalling at a time where many are out and about during the holiday season. Be assured that those caught and arrested will be prosecuted to the full extent of the law.”

Boudin added that “collaboration and shared strategies with neighboring prosecutors and law enforcement partners are critical” to the response to these types of crimes.