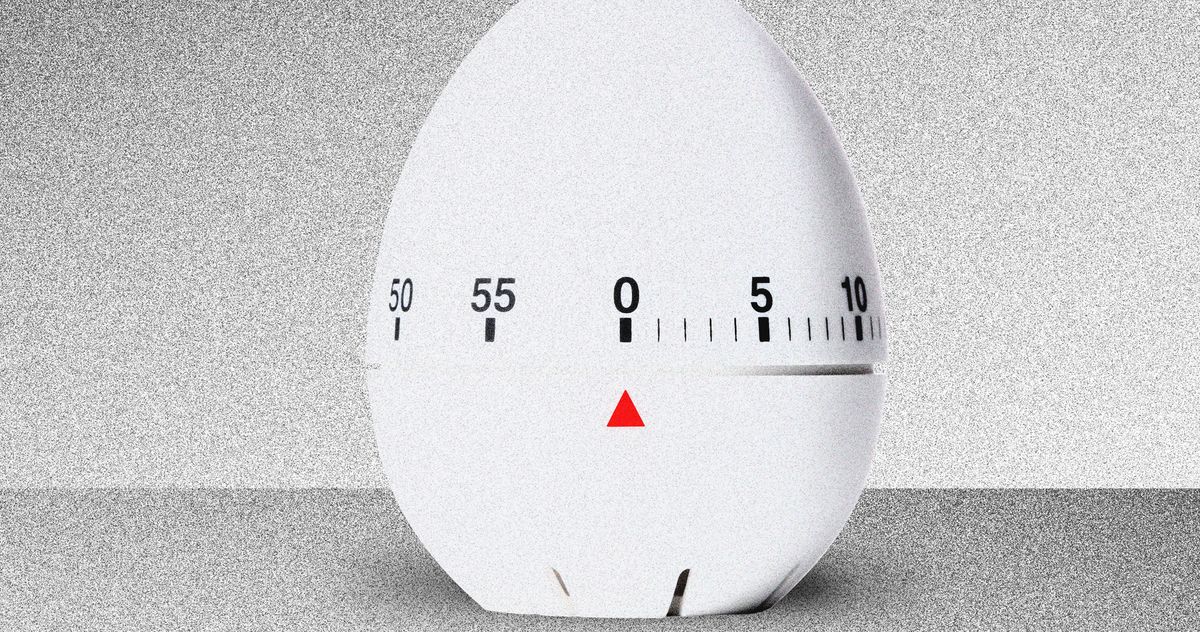 When I was pregnant, I liked to cheerfully tell people that everything I learned about embryonic and fetal development I learned while covering abortion politics. (At an event, I tried this line out on the governor of Pennsylvania; he diplomatically did not laugh.) I knew when to expect the heartbeat, according to the states that have tried — and in Texas’s case succeeded — banning abortion at that point. I knew that if all the screens and scans for genetic and anatomical abnormalities turned up positive, some legislators would want to bar me from choosing an abortion on that basis. And that there was this magical line known as viability. That was the threshold, somewhere around 24 weeks, the Supreme Court had said, at which my pregnancy was no longer categorically my own and the state could begin to claim the life of my fetus as its own interest.

Viability, loosely understood as the moment at which a fetus can exist independently, has been the imperfect seawall blocking the tide of red-state abortion bans. For half a century, the Supreme Court has insisted that states cannot ban abortion before viability. States pass pre-viability bans as a matter of politics or aspiration, courts shut them down, and it’s all so obvious that the Supreme Court doesn’t even get involved. Until now.

On December 1, the Court will hear arguments in a challenge to a Mississippi law that bans abortions at at 15 weeks. Mississippi’s brief has lots of pseudoscientific nonsense, but even its legal team concedes that 15 weeks is nowhere near viability, which state laws set at around 24 weeks, but which can vary medically. “If the court upholds this law, it will be discarding the viability line and overruling Roe,” said Julie Rikelman, senior director of litigation at the Center for Reproductive Rights, who will argue the case before the justices. “That is the key line in the law that has protected people’s access to abortion.”

At least 95 percent of abortions nationwide occur before viability. Lose the viability standard, effectively overturning Roe v. Wade, and anything is possible. If a ban on abortion at 15 weeks is allowed for whatever reason, why not draw the line at six? According to a 2019 analysis from the Center for Reproductive Rights, if the Supreme Court overturns Roe, abortion would likely be banned in 24 states and three territories based on existing laws on the books alone.

The justices didn’t have to take Mississippi’s appeal. It met none of the usual standards, like disagreement among appeals courts. The highest court getting involved suggests at least four justices, the minimum required to take a case, want to throw out viability. If Mississippi’s law gets to five votes, these states won’t have to bury their abortion bans in legal outsourcing like Texas did. They can just have their own cops arrest providers instead.

Medicine presumes a 40-week pregnancy. In 1973, Justice Harry Blackmun wrote in Roe v. Wade that “viability is usually placed at about seven months (28 weeks) but may occur earlier, even at 24 weeks.” A decade later, the first woman on the Supreme Court, Sandra Day O’Connor, predicted in a dissent that advances in medicine would push viability “further back towards conception,” while making later abortion safer for women. “The Roe framework, then, is clearly on a collision course with itself,” she wrote.

Viability has inched earlier, but that predicted collision never came. Diane Horvath, an ob-gyn and fellow with Physicians for Reproductive Health, says that, thanks to advances in NICU technology, “The limit of viability has gotten closer to 22 weeks, but it has everything to do with everything else that is happening. Prior to 22 weeks the lung structures aren’t mature enough to support ventilating.” Determining viability involves taking into account not just how far along a pregnancy is, but how big the fetus is and what medical and genetic conditions are known for both parties; some hospitals categorically won’t offer resuscitation for 22-weekers. For all of the legal weight it has carried, viability is hardly medically straightforward. Contrary to my imaginings, and that of some lawmakers, “There’s no magical time in pregnancy where all of a sudden something happens. It’s on a continuum,” says Horvath.

It was precisely the fuzziness that perturbed O’Connor in that 1983 case; she thought it put the court “in the business of being a science review board,” according to Evan Thomas’s O’Connor biography, First. In her dissent, she called the viability standard “no less arbitrary than choosing any point before viability or any point afterward.” But she was conflicted, telling a friend that summer, referring to Roe, “It’s bad law, but I have to think about all the women in the United States.”

By 1992, O’Connor’s concern for “all the women in the United States” had cemented enough to save legal abortion. Faced with the argument from the state of Pennsylvania that Roe v. Wade should be thrown out, she teamed up with Justices David Souter and Anthony Kennedy to form the so-called troika, surprising everyone with a compromise. Planned Parenthood v. Casey kept abortion technically legal, but allowed states to make abortion harder short of an “undue burden” in recognition of the state’s interest in potential life. (“Undue burden” had first surfaced prominently in the Reagan Justice Department’s brief.)

“Though the woman has a right to choose to terminate or continue her pregnancy before viability, it does not at all follow that the State is prohibited from taking steps to ensure that this choice is thoughtful and informed,” the moderate Republican justices wrote in Casey. A clunky trimester framework set out in Roe was replaced by that bright viability line: “There is no line other than viability which is more workable,” they declared. (After viability, they commanded, states can ban abortion but must have exceptions “for the preservation of the life or health of the mother.”)

Among the dissenters, Justice Antonin Scalia wrote that the viability rule “makes no more sense than according infants legal protection only after the point when they can feed themselves.” He also told O’Connor she’d been correct the first time, when she’d called drawing the line at viability arbitrary.

For a while, abortion opponents tried to find creative ways to get around the viability rule short of getting the Supreme Court to reject it. Probably the most outrageous attempt came in defense of North Dakota’s 2013 “heartbeat” ban, when state’s witness Dr. Jerry Obritsch claimed viability happened at “conception,” because in the course of fertility treatments, an “embryonic unborn child” can survive for two to three days in a petri dish. The appeals court didn’t go for it, but the judges were rueful. “The Court has tied a state’s interest in unborn children to developments in obstetrics, not to developments in the unborn,” they wrote.

By contrast, what’s striking about the Mississippi 15-week ban and its defenders is how little effort they put into justifying it. The “Gestational Age Act” instead seems designed to have offered the Supreme Court a half-hearted buffet of rationales. One is a concern for women’s health, since complications are statistically likelier the further in pregnancy an abortion takes place. Rikelman says that when legislators wanted to point out that abortion is more dangerous for the pregnant person as time goes on, she says, they cited a study that shows that abortion is safer than giving birth at every pregnancy stage before viability. Abortion is 14 times safer than giving birth. (Tragically, the danger of giving birth is especially heightened in Mississippi.) One possible strategic rationale is that Mississippi’s only abortion clinic, which is challenging the law, only offers abortion until 16 weeks, allowing the state to claim only a tiny portion of abortion seekers would be affected. That purportedly small number of abortions banned would be a stalking horse for throwing out viability entirely.

Ultimately, rather than argue about when viability is and isn’t, Mississippi has unceremoniously told the Supreme Court that the entire framework needs to be thrown out: “Viability is as arbitrary today as it was in 1973 and 1992.”

All three authors of that Casey opinion are gone from the court, and two out of the three were replaced by justices to their right — O’Connor by Samuel Alito, who as a lower-court judge thought there was nothing wrong with that spousal notice law that O’Connor balked at, and Kennedy by Brett Kavanaugh. And of course, Amy Coney Barrett has replaced Ruth Bader Ginsburg. The right clearly believes the time is now to ban abortion in any state it controls.