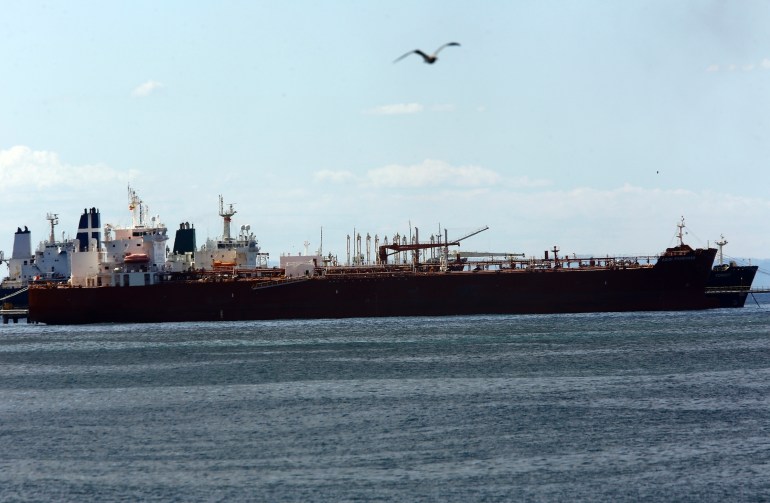 A Colombian businessman was carrying a letter from Venezuelan President Nicolas Maduro accrediting him to Iran’s supreme leader when he was arrested on a US warrant last year, according to a new court filing in a politically charged corruption case ratcheting up tensions between the United States and the South American nation. Lawyers for Alex … Read more

The former CEO of Make-A-Wish Iowa has been arrested on three felony charges alleging she embezzled tens of thousands of dollars from the charity that supports sick children By RYAN J. FOLEY Associated Press January 22, 2021, 10:37 PM • 3 min read Share to FacebookShare to TwitterEmail this article IOWA CITY, Iowa — The … Read more 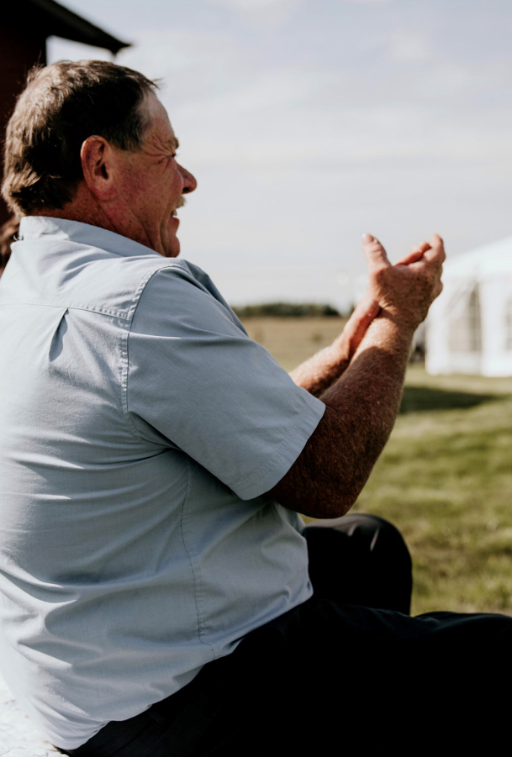 WINNIPEG — A Manitoba family is reliving the heartbreak of losing their father as they have been asked to dig up his body and move it because the plot the family purchased already had been sold to someone else. Dan Griffith, 62, died unexpectedly Christmas Day at his home in Deloraine, Man., and he was … Read more

OAKLAND, Calif. (AP) — The master tenant of a San Francisco Bay Area warehouse where 36 people perished when a fire ignited during a dance party in 2016 pleaded guilty Friday to the deaths, avoiding a second trial after the first ended in a hung jury. Derick Almena, 50, pleaded guilty to 36 counts of … Read more 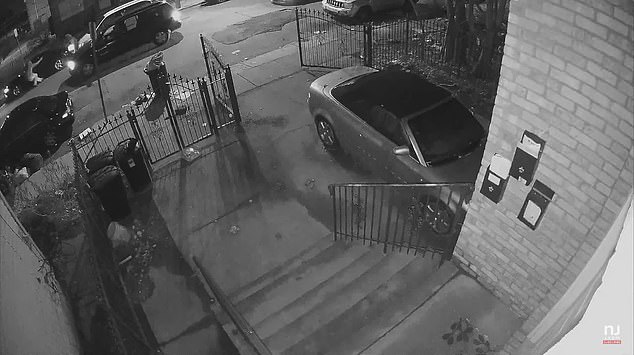 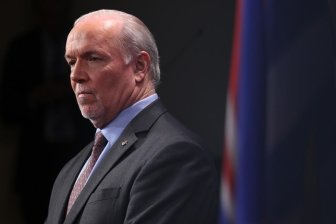 A Nova Scotia Court of Appeal judge is expected to give his decision Friday on whether William Sandeson will be granted bail while he awaits retrial on a charge of first-degree murder. Sandeson, 28, is currently serving a life sentence with no parole eligibility for 25 years after being found guilty of killing fellow Dalhousie … Read more

Four people-smugglers, including three Irish men, have been jailed for the manslaughter of 39 migrants, who suffered an “excruciating” death in an airtight trailer. The victims, Vietnamese men, woman and children, had hoped for a better life in Britain when they agreed to pay up to £13,000 a head for a “VIP” smuggling service. On … Read more

TORONTO — Ontario health officials are reporting less than 2,700 new cases of COVID-19 as the province’s positivity rate dropped for the third day in a row. The province logged 2,662 new cases of the novel coronavirus on Friday, as well as 87 more deaths related to the disease. With more than 71,000 COVID-19 tests … Read more 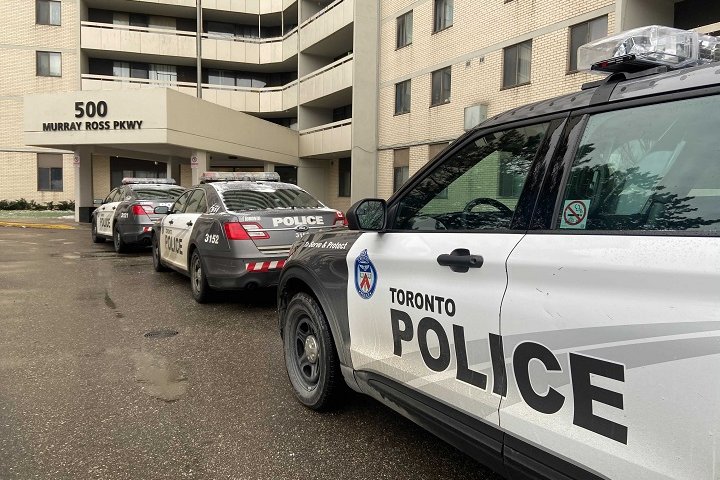 Toronto police say they are investigating after a woman’s body was found in an apartment building Thursday night. Police said officers responded to a medical call at 9:41 p.m. in the area of Murray Ross Parkway and Sentinel Road. Officers arrived on scene and found a woman suffering from injuries. She was pronounced dead on … Read more 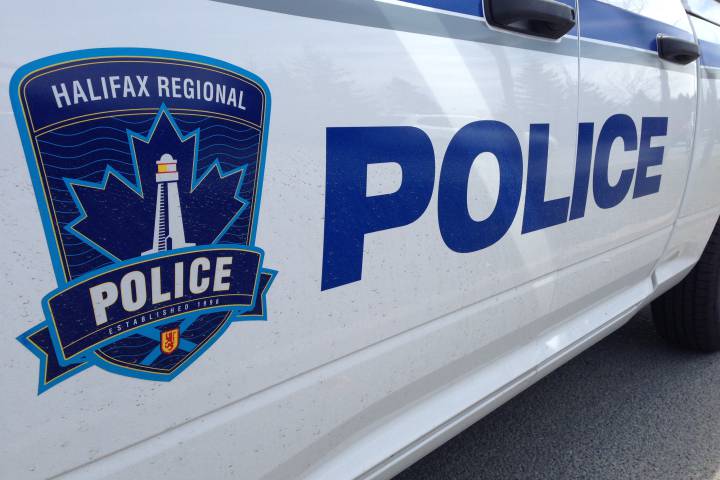 Just after 10 p.m. police responded to a report of an injured man bleeding from the head running in the area of Jackson Road Source link

CHICAGO (AP) — An Illinois man was ordered held without bond Thursday for allegedly threatening the lives of President Joe Biden and other Democrats before this week’s inauguration. U.S. Magistrate Judge Gabriel Fuentes rejected a defense argument that there was no evidence Louis Capriotti had any real plan to act on the threat. Capriotti, 45, … Read more

A drug-addled P-plate driver who barely slept for three days before killing a Melbourne woman in a multi-car smash has been jailed. Macaulay Gray took GHB and ice before killing 43-year-old Rosemarie Kelly at Seaford in December 2019. Three other drivers, two men and a woman, were also caught up in the crash. Gray, now … Read more

WASHINGTON (Reuters) – U.S. Senate Republican leader Mitch McConnell on Thursday proposed a timeline that would delay the start of the Senate impeachment trial of former President Donald Trump until mid-February. In a statement, McConnell said he had sent his proposal to Senate Democratic Leader Chuck Schumer. In it, McConnell proposed that the House of … Read more

A 15-year-old boy has died after he was attacked by a group of youths ‘armed with knives’ as shots rang out in Birmingham. The boy was “set upon” by the group in the Handsworth area of the city on Thursday just after 3.30pm and was rushed to hospital where he died from his injuries. Witnesses … Read more 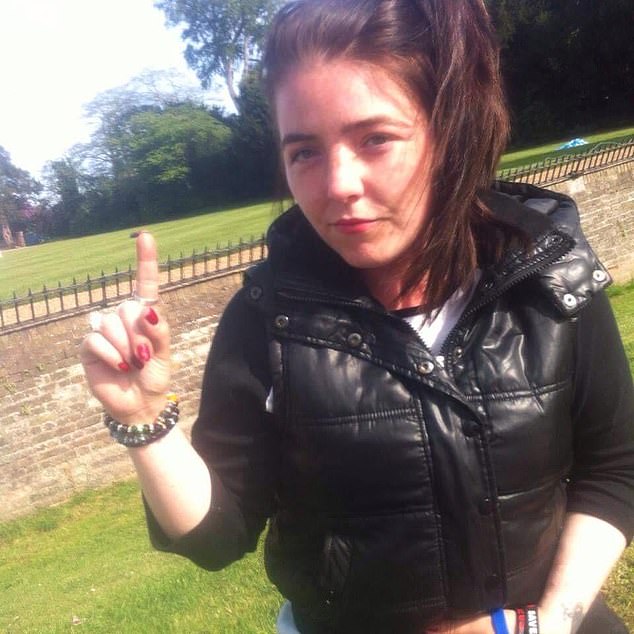 The UK’s first female suicide bomb plotter and a Kurdish bomb-maker who encouraged a German terror cell to commit mass murder should not have their minimum jail terms increased, Appeal Court judges ruled today. Muslim convert Safiyya Shaikh, 37, was jailed for a minimum of 14 years after she told police during an interview she … Read more

By SYLVIE CORBET, Associated Press PARIS (AP) — “I was 9. … It was my father. He raped me until I was 17.” The French government pledged on Thursday to toughen laws on the rape of children after a massive online movement saw hundreds of victims share accounts about sexual abuse within their families. The … Read more 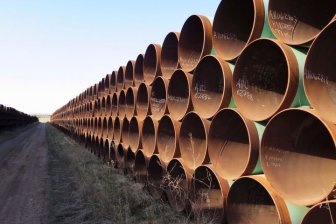 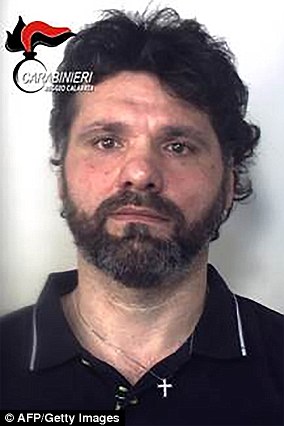 In December 2019 an operation targeted the ‘Ndrangheta families based in the southern Italian city of Locri in the Calabria region – the rural, mountainous and under-developed ‘toe’ of Italy’s boot and the heartland of the worldwide crime group.  As a result of the swoop, Italian police arrested 334 people, including a police colonel and a … Read more

Perth man Aaron Wayne Coyle has avoided a Bali jail cell but instead will serve his drugs sentence in a mental health hospital. Coyle appeared virtually in a Bali court on Thursday to hear his verdict after his arrest last year on drugs charges. Judges found Coyle guilty of using drugs for himself and sentenced … Read more

By MARK SCOLFORO, Associated Press HARRISBURG, Pa. (AP) — A federal judge may decide Thursday whether a Pennsylvania woman accused of helping steal a laptop from the office of House Speaker Nancy Pelosi during the attack on the U.S. Capitol should be released on bail. U.S. Magistrate Judge Martin Carlson is also expected to preside … Read more

By MICHAEL KUNZELMAN, AMANDA SEITZ and DAVID KLEPPER, Associated Press COLLEGE PARK, Md. (AP) — For years, legions of QAnon conspiracy theory adherents encouraged one another to “trust the plan” as they waited for the day when President Donald Trump would orchestrate mass arrests, military tribunals and executions of his Satan-worshipping, child-sacrificing enemies. Keeping the … Read more

By COREY WILLIAMS and ED WHITE, Associated Press DETROIT (AP) — President Donald Trump on Wednesday cleared the way for the release of former Detroit Mayor Kwame Kilpatrick, who has served more than seven years of a 28-year prison sentence for a series of corruption crimes. The announcement came in a flurry of clemency action … Read more

WINNIPEG — Federal lawyers say the seriousness of the allegations Peter Nygard faces in the United States outweigh any risk the Canadian fashion mogul faces behind bars. Nygard, who is 79, was arrested last month in Winnipeg under the Extradition Act and faces nine charges in the southern District of New York, including sex trafficking … Read more

MOSCOW (Reuters) – Kremlin foe Alexei Navalny, detained on Sunday after flying back to Russia for the first time after being poisoned with a nerve agent, is spending his days under strict control in a VIP cell inside one of Moscow’s most infamous jails. The prison, called Matrosskaya Tishina or Sailor’s Silence, occupies a block … Read more

Stephen Bear cracked jokes about multiple police charges against him and his ’embarrassing’ arrest in a video posted to YouTube. The reality TV personality, 31, was arrested at Heathrow Airport on his birthday last week shortly after returning to the UK from Dubai. Appearing on his newly launched YouTube channel, Bear said to the camera: … Read more 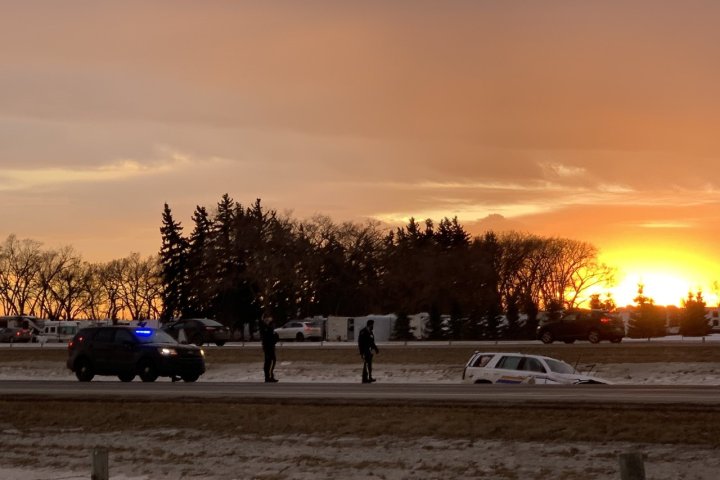 One RCMP officer was taken to hospital after a collision during a pursuit on Highway 21, which began after a suspect allegedly pointed a gun at a person in the eastern Alberta town of Vermilion. Police told Global News the gun incident is believed to have happened at 2:30 p.m. Tuesday in Vermilion, which is … Read more 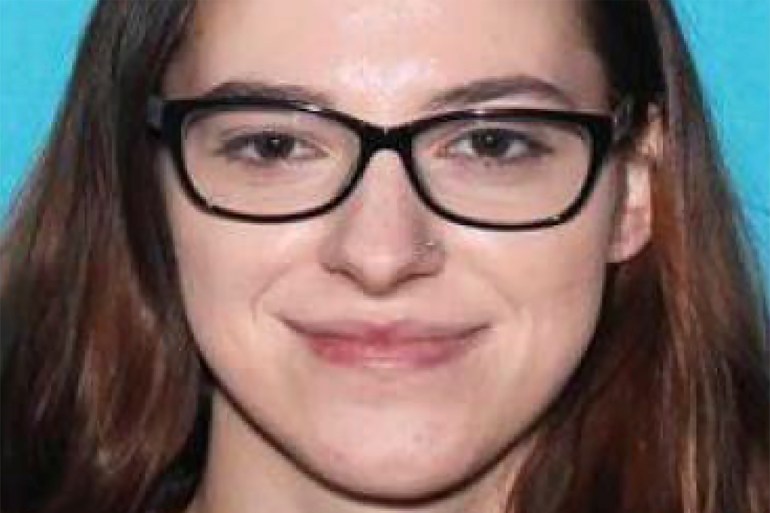 FBI is investigating a former lover’s accusation the woman stole a laptop from House Speaker Pelosi to sell to Russia. Federal authorities have arrested a Pennsylvania woman accused of stealing a laptop computer or hard drive from US House Speaker Nancy Pelosi’s office during the storming of the Capitol by supporters of President Donald Trump, … Read more

A woman who was tricked into handing over £700,000 under the guise that she was helping a fraud investigation has lost every single penny – with her bank under no responsibility to pay out. Fiona Philipp used her Barclays bank account to transfer two sums of money – one amounting to £400,000 and another at … Read more 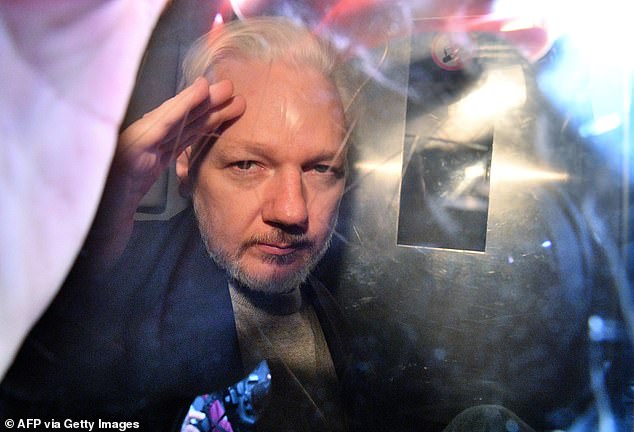 The two women whose allegations against Julian Assange sparked a decade-long sex crime investigation into the Wikileaks founder have spoken in public for the first time – revealing the death threats they have received as a result of the case.   Assange took refuge in Ecuador’s London embassy in 2012 to avoid extradition to Sweden over … Read more

Officers were called to Gaston Road after several witnesses heard what was thought to be shots fired in the area. Source link 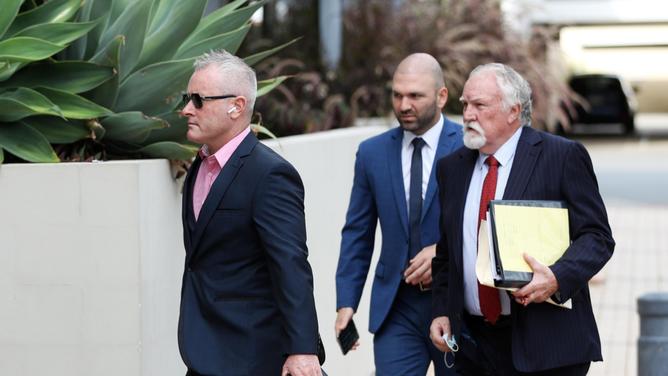 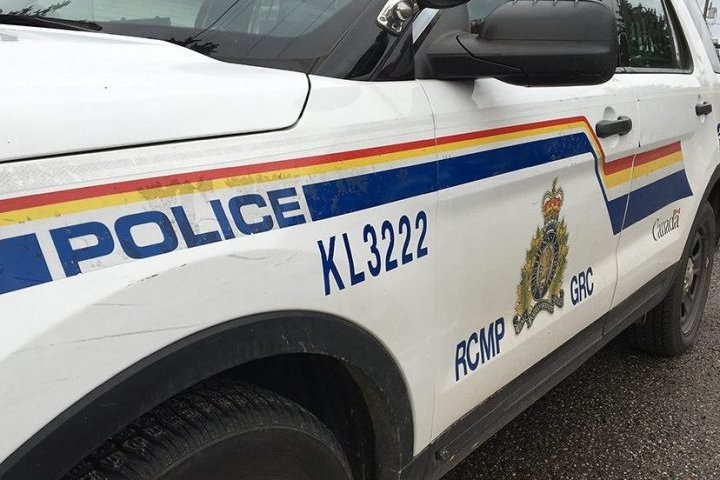 A 50-year-old man from Grande Prairie was charged after police were called to investigate alleged inappropriate sexual contact between an adult and two minors at a home in the northern Alberta city. In a news release issued Monday, the RCMP said its officers responded to a complaint at a home on Jan. 4 and took … Read more

Guelph police say a suspect in a major fentanyl bust is facing even more charges after he allegedly threatened and then attacked his co-accused. The two were arrested last summer in connection to one of the biggest fentanyl seizures in the history of Guelph police. Read more: Guelph police find $30,000 worth of fentanyl while … Read more 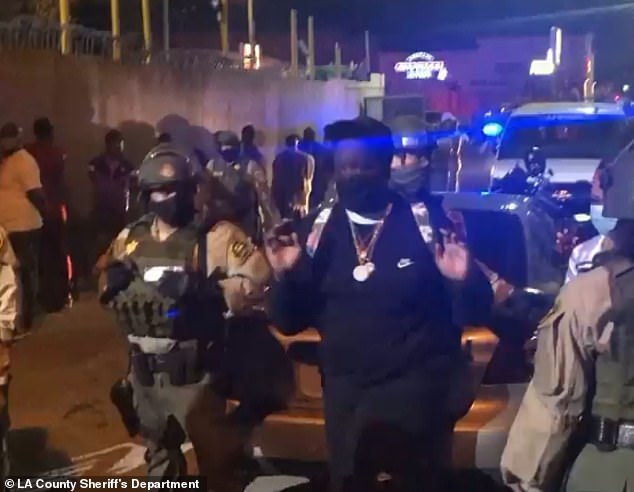 Deputies from the Los Angeles County Sheriff’s Department busted more than 160 people who attended super-spreader parties and gatherings over the weekend.  The department shared that the LASD’s Super-Spreader Taskforce shut down a party on the 600 block of Manchester Avenue in Los Angeles on Saturday.  Authorities said 167 adults were cited for attending the party. … Read more

Riley June Williams has been charged with entering a restricted building and disorderly conduct during the US Capitol riot. The FBI is investigating whether a pro-Trump rioter stole House Speaker Nancy Pelosi’s laptop from her office and attempted to sell it to a Russian intelligence service, according to court documents. According to an affidavit from … Read more