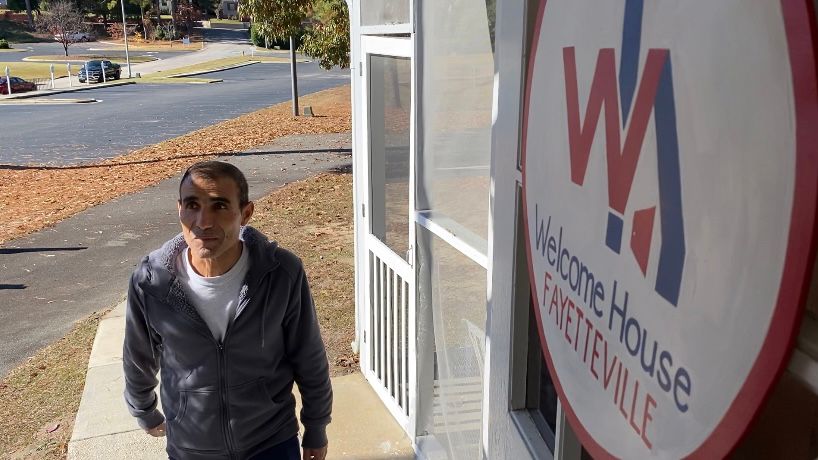 RALEIGH, N.C. — A recent surge of Afghan refugees coming to North Carolina has made it difficult to find housing for all the families, leaving some to stay in hotels.

The U.S. Committee for Refugees and Immigrants (USCRI) North Carolina is helping some of the refugees coming to our state. Omer, the director of the Raleigh office, says they have seen 125 refugees since September. Fifty have come in the past week.

What You Need To Know

USCRI, Lutheran Services Carolinas and World Relief Durham are all helping people from Afghanistan in Raleigh and surrounding areas.

Susie Reeder, the minister of missions at Snyder Memorial Baptist Church in Fayetteville, says this is one of the first times her church has gotten involved with helping refugees specifically, but the need was great.

“We are trying to find housing all we can,” Reeder said. “Our church owns a good bit of property right here. We are now going to take two of the houses on the other side here …and those will become permanent housing, so we can provide a community here for the refugees.”

The Rev. Steve Branch at Lafayette Baptist Church in Fayetteville said his church voted on Sunday to do the same. Two properties the church owns will be used to help with the cause — one will be used as a welcome house for temporary living and the other as a permanent residence for refugees.

Omer with USCRI North Carolina says he does not anticipate the numbers slowing down, with another surge of people expected after Thanksgiving.

One family of seven has been here for over a month, living in Fayetteville. The father, Zekrullah Habibi, said after working alongside the U.S. armed forces for 14 years in Afghanistan, it was not safe to stay. Now, he is worried about the family members that remain in his home country.

“Because of me, Talibans have been in their house two or three times. That’s my brother and my wife’s brothers and sister,” Habibi said. “My wife’s brother, he couldn’t live in his house. And even I have friends whose brother has been killed by Talibans, so it’s dangerous.”

He, like many others, is trying to bring other family members to the United States as well.

U.S. military personnel who are trying to bring over people who supported the U.S. say the best way to help is to get involved in government and volunteer time with organizations such as USCRI, Lutheran Services Carolinas, World Relief Durham and Welcome House.