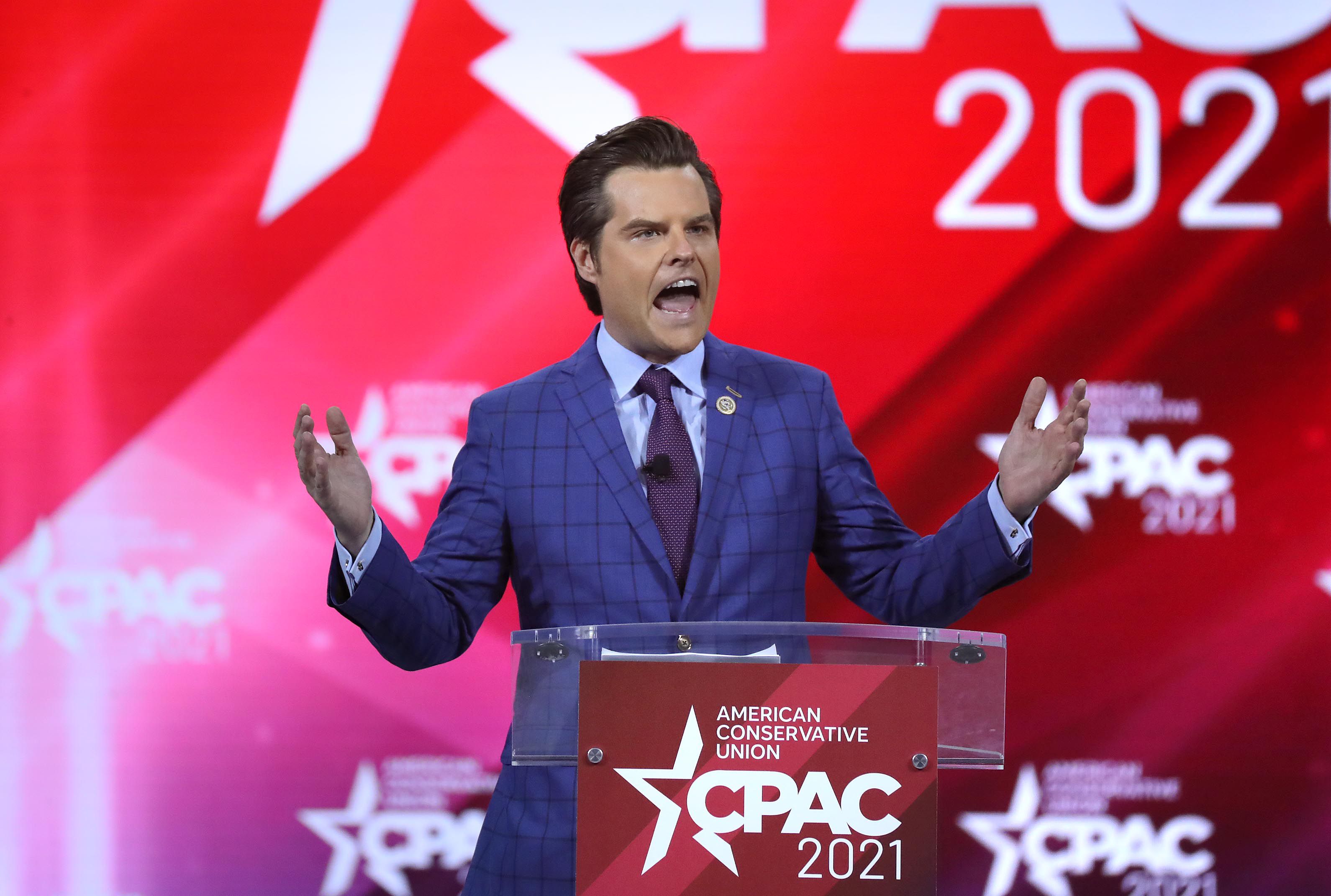 In this Sept. 30, 2019, file photo, Seminole County Tax Collector Joel Greenberg talks to the Orlando Sentinel during an interview at his office in Lake Mary, Fla. Greenberg has been charged with trafficking a minor, stalking a political opponent, producing fake IDs, identity theft, embezzlement and bribery. But it’s his friendship with U.S. Rep. Matt Gaetz that is attracting the most attention now as federal investigators have launched a sex trafficking probe into the Republican congressman from the Florida Panhandle. (Joe Burbank/AP)