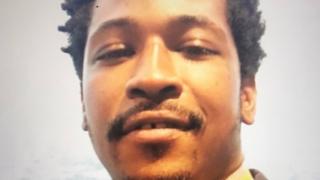 A choose has granted bail for an ex-Atlanta police officer charged with killing an African-American man in a restaurant automobile park earlier this month.

Mr Brooks’ widow implored the choose to not grant bail, arguing Mr Rolfe was a hazard to the neighborhood.

Mr Brooks’ loss of life fuelled anti-racism protests throughout the US.

He was shot whereas fleeing from Mr Rolfe and one other white officer.