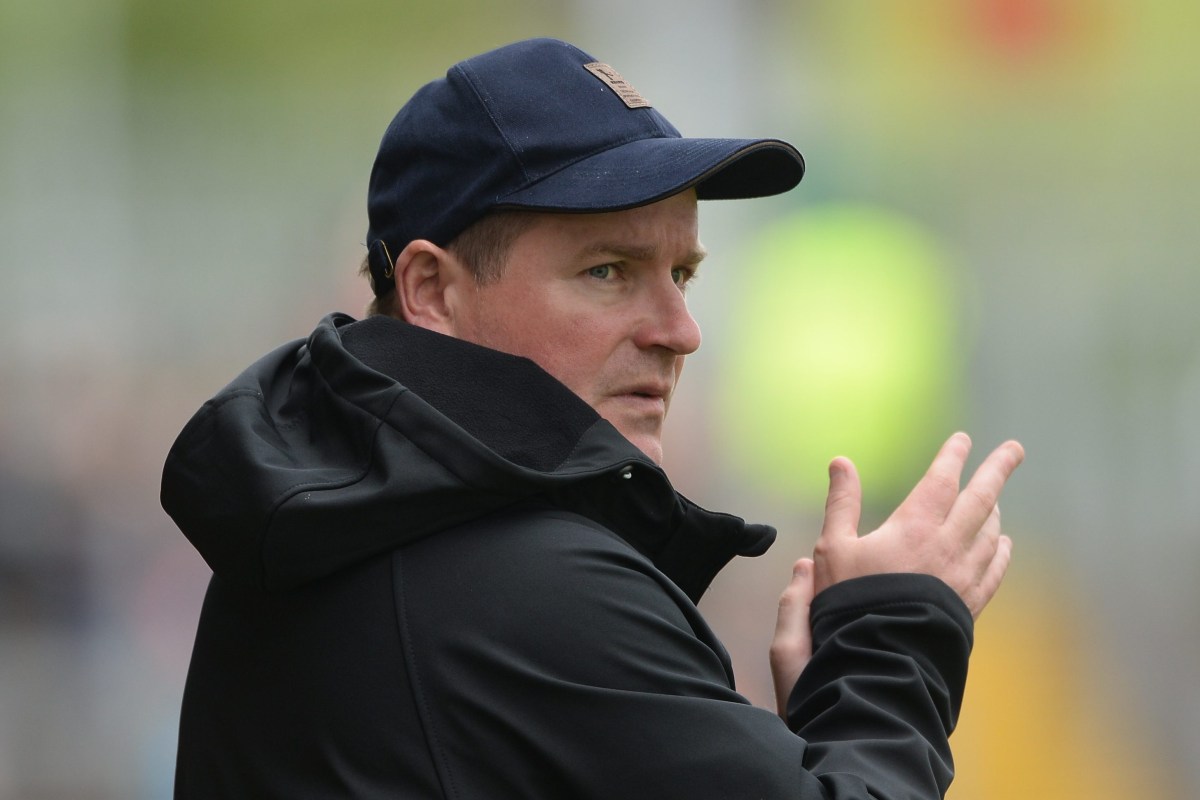 PETE McGRATH has warned Down supporters that Wee James does not have a wee wand to work magic.

Down’s 140-day wait for a new manager finally came to an end with the appointment of James McCartan on Wednesday night.

It is his second spell in the job and hopes are high considering he turned the county’s fortunes after taking over in late 2009.

He guided the Mourne men to National League promotion and a shock All-Ireland final place in his first season and they only came up short against Cork by a point.

McCartan was in charge for five seasons in total and enjoyed a 56 per cent win rate in the Championship while they operated in Division 1 for three seasons.

Since he left at the end of 2014, Down have lost 12 of their 17 Championship games and slipped to Division 3 for two years.

McGrath knows McCartan inside out having managed the point-pinching corner-forward to All-Ireland wins in 1991 and 1994.

The ex-Ireland Aussie Rules boss says it is an impressive management team that includes top coach Aidan O’Rourke, but he reckons most Down fans will look to 2022 more in hope than expectation.

BETTING SPECIAL – GET €50 IN FREE BETS WITH BOYLESPORTS

McGrath told SunSport: “Always in Down there is the potential to strike when least expected.

“That has traditionally been the case and you might say that’s romanticism but there’s always been that thought in Down that things could spark and take off at any moment.

“The reality is that you would have to say there wouldn’t be a great deal of anticipation or excitement about things on the back of the last few years.

“When a new management team is put in place, people look at things in a fresh way and new management always have that ability to kindle hope and expectation and to arouse excitement.

“So there is always that expectation but people aren’t easily conned either.

“I think people in Down know James and know Aidan O’Rourke and realise they are serious football men.

LOOKING ON WITH HOPE

“At the same time, they’ll be looking at it with interest and with hope rather than with a high level of expectation.

“If the league goes well and if they get a kind draw in the Ulster Championship, then there might be that anticipation that people will say, ‘Maybe we can do something here’.

“But I don’t think it’s going to be a rapid ascent.

“If it’s anything, it’ll be steady and incremental rather than something that’s going to take the world by storm.”

The drawn-out appointment process in Down means McCartan has just two weeks to prepare for the return of collective training on December 8.

His first task will be to convince the 2021 players to stick around after a bad beating in the Championship from Donegal.

After that, it will be about trying to get all of those players who did not fancy playing for the Mourne in recent seasons back on board.

Former Fermanagh and Louth boss McGrath says progress for him would be staying in Division 2 and being competitive in the Championship.

He said: “If Down don’t slip down a division in the next two years and if they could even manage to get into Division 1, that would be real progress on that front. In terms of the Championship, we all know how competitive Ulster is.

“There are at least six serious teams who in any given season are realistic contenders to win Ulster.

“Next year, it’s 28 years since Down last won an Ulster title.

“The ultimate badge of progress would be to win another Ulster Championship but in the current landscape, achieving that in 2022 is probably an unrealistic expectation.

“I think the big thing is to get some momentum back into the county and into Down football.

“That’s the big challenge. If in 12 months you could see that they have  succeeded with that, that could be defined as progress for me.”

McGrath was linked with the Down job himself at one stage, along with names such as Jim McGuinness, Malachy O’Rourke and Peter Canavan.

Officials may ultimately have stumbled on a winning combination because McCartan knows the county’s rising stars well after a stint in the minor hotseat.

O’Rourke comes to his role with huge experience too, not just as an All-Ireland-winning Armagh wing-back but having managed Louth and coached Kildare, Armagh and Down.

McGrath said: “James has always been his own man.

“What a manager does in the modern era is bring his enthusiasm and personality to the position first of all.

“That’s something totally different from when I took over Down in 1989 because back then the manager nearly had sole responsibility for all aspects of training and preparation.

“Now it’s all about being the front man and providing inspiration and almost delegating out the nitty-gritty aspects of physical preparation, technical preparation and all of those sorts of things to people who are experts in their field.

“For James, or any other modern manager, it’s more about leadership and inspiration and showing that vision and really getting the thing up and running and driving it.

“The role has changed beyond all recognition from what it used to be.”