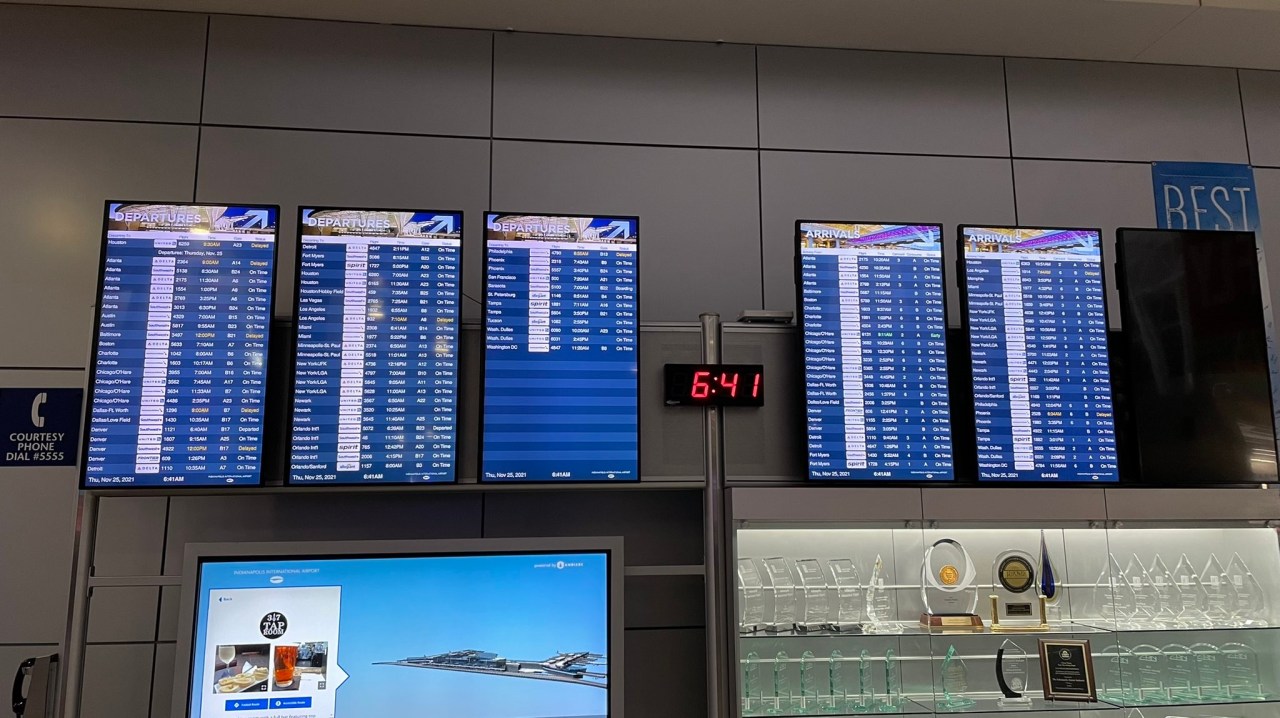 INDIANAPOLIS — Even on Thanksgiving Day, many people are still making their way to spend the holiday with loved ones.

Whether catching a flight or driving all the way to your destination you’re going to want to plan ahead.

Airport Executive Director Mario Rodriguez says expect crowds and get here early. While they don’t expect quite as many people, there will still be a rush.

“This is not LAX. This is the Indianapolis International Airport, which is the best airport in North America. Even if the lines are big, it’s going to be about 45 minutes at the longest,” said Rodriguez.

To make the experience go faster, Rodriguez says carefully pack your carry-on to make sure you don’t have anything you aren’t supposed to, specifically liquids.

“What happens is, every time the TSA has to stop someone and open your bags, it takes a little bit of time. So if you think about that happening, it doesn’t seem like a big deal for one person, but multiply it by 20. So that slows down the line. So you want that line to go as quickly as possible.”

He also recommends putting all your snacks in a bag together in case they need to pull them out.

“Because sometimes, when they put it through the machine, the x-ray machines, snacks make the whole thing stop. They have to open it up and make sure the snack is not something that shouldn’t be in there,” Indianapolis Airport Authority Executive Director Mario Rodriguez.

One traveler says he’d never seen the lines as long as they were Wednesday and it inspired him to get here earlier.

“That was absurd. I mean, I know the last time I was here it was dead silent. On Sunday morning there’s nobody. If I’d had shown up, and I would have seen those lines, I would have been like no, I’m screwed,” said Ben Coates.

“It’s better safe than sorry. I mean, I almost missed my bus to here this morning because I was a bit late, so just show up early, just so you can make your time and if anything does go wrong, you got plenty of time to plan or come up with a different route or whatnot.”

Local experts say air travel is up 84% this holiday compared to last, and that’s just shy of pre-pandemic levels. An estimated 90,000 passengers will pass through over the next week.

They are expecting a big rush this Sunday as people return home.