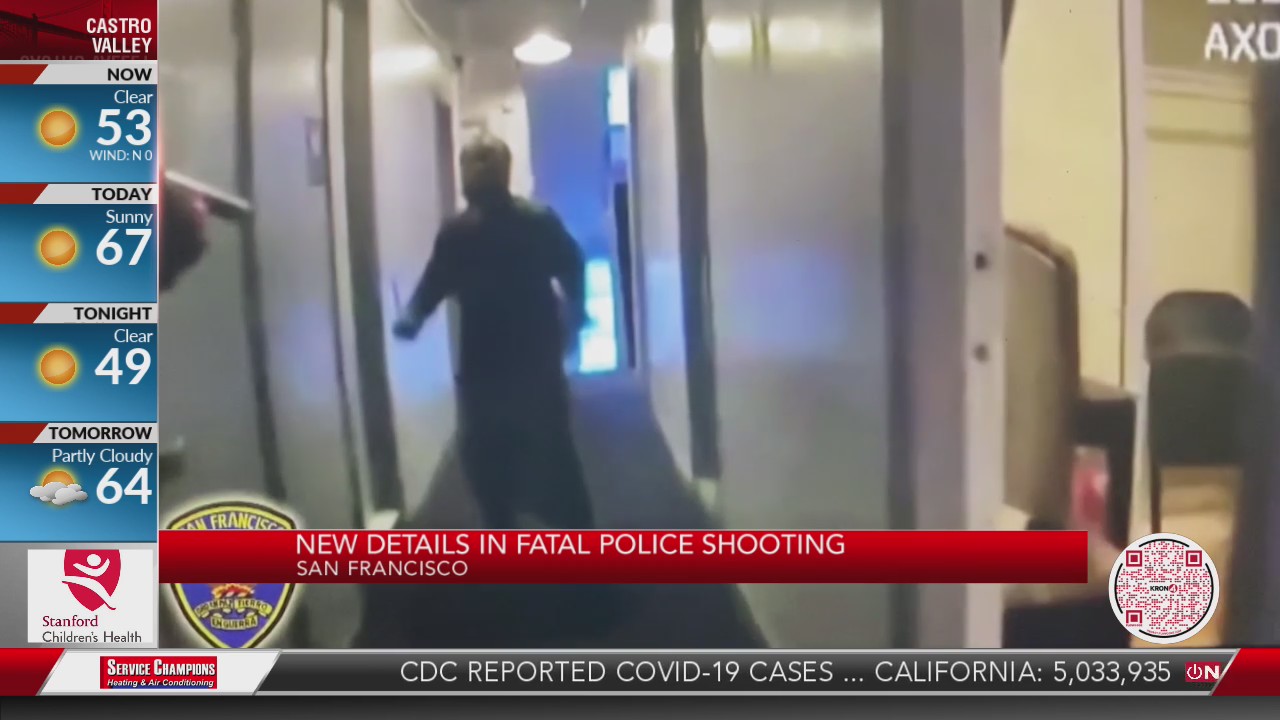 Police say they were responding to a 911 call of a man wielding a knife, threatening people inside a residential hotel on the 900 block of Folsom Street when it happened.

Police explain what led up to these tense moments, playing the 911 call.

“We recognize that our sworn duty as law enforcement officers impose no more solemn obligation on us than to honor and respect the sanctity of human life. We also know that as police officers we are sometimes required to use force, including deadly force at times in the performance of our duties,” said San Francisco police chief Bill Scott.

This case is still under investigation by multiple independent agencies, which is standard practice for all officer-involved shootings.