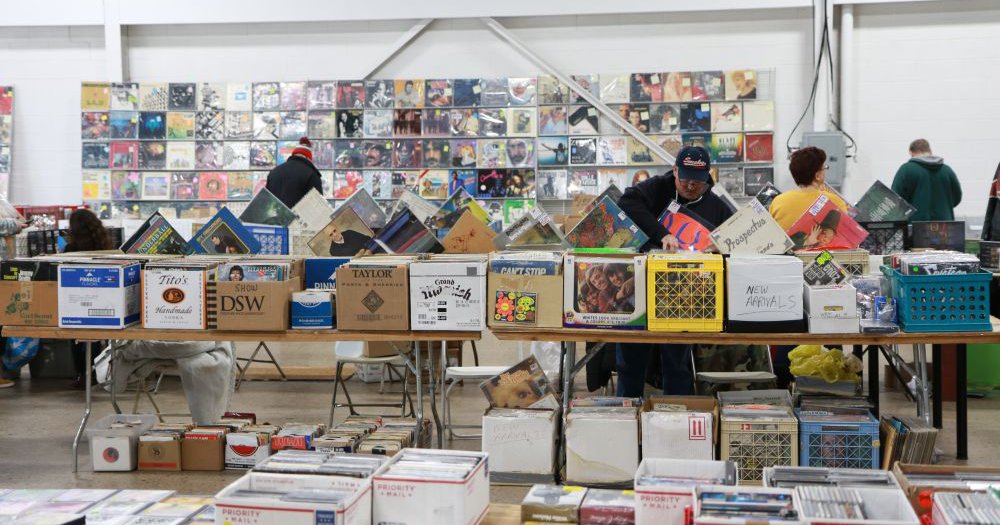 Like a rolling stone, the latest iteration of a long-standing rock record and CD exposition will paint the Friday after Thanksgiving black.

The 35th annual “Not Just” Rock Record and CD Expo kicks off on Black Friday at the Greater Philadelphia Expo Center in Oaks, Montgomery County. The two-day event is the oldest of its kind on the East Coast and the largest of its kind on this side of the Mississippi River.

Dealers at the expo will come from all over the nation and as far away as Europe. They will have thousands of pieces of music memorabilia available, ranging from cassette tapes and LPs to t-shirts, posters and books.

Despite the expo’s title, those attending can expect to see swag from all kinds of genres including classical, disco and comedy music.

The show dates back to 1986, when the radio station WIP 94.1 played a role in getting it started, organizer Fred Falk said. That was back when the station was focused on music rather than sports talk.

“Music is hot again,” Falk said when asked how the tradition has been kept alive every year. “Vinyl is very hot currently.”

Falk, who took over the show in 2000, also runs a number of similar events around the region.

For those willing to shell out another $10, there will be pre-shows that allow extra-fanatical music lovers to get a head start. The pre-shows run from 10:30 a.m. to noon Friday and 8:30-10 a.m. Saturday.

People can receive discounted fares – $2 off regular admission or $5 off pre-show admission – by joining the expo’s mailing list. To do so, write your name, ZIP code and email address on a piece of paper and bring it to the show.