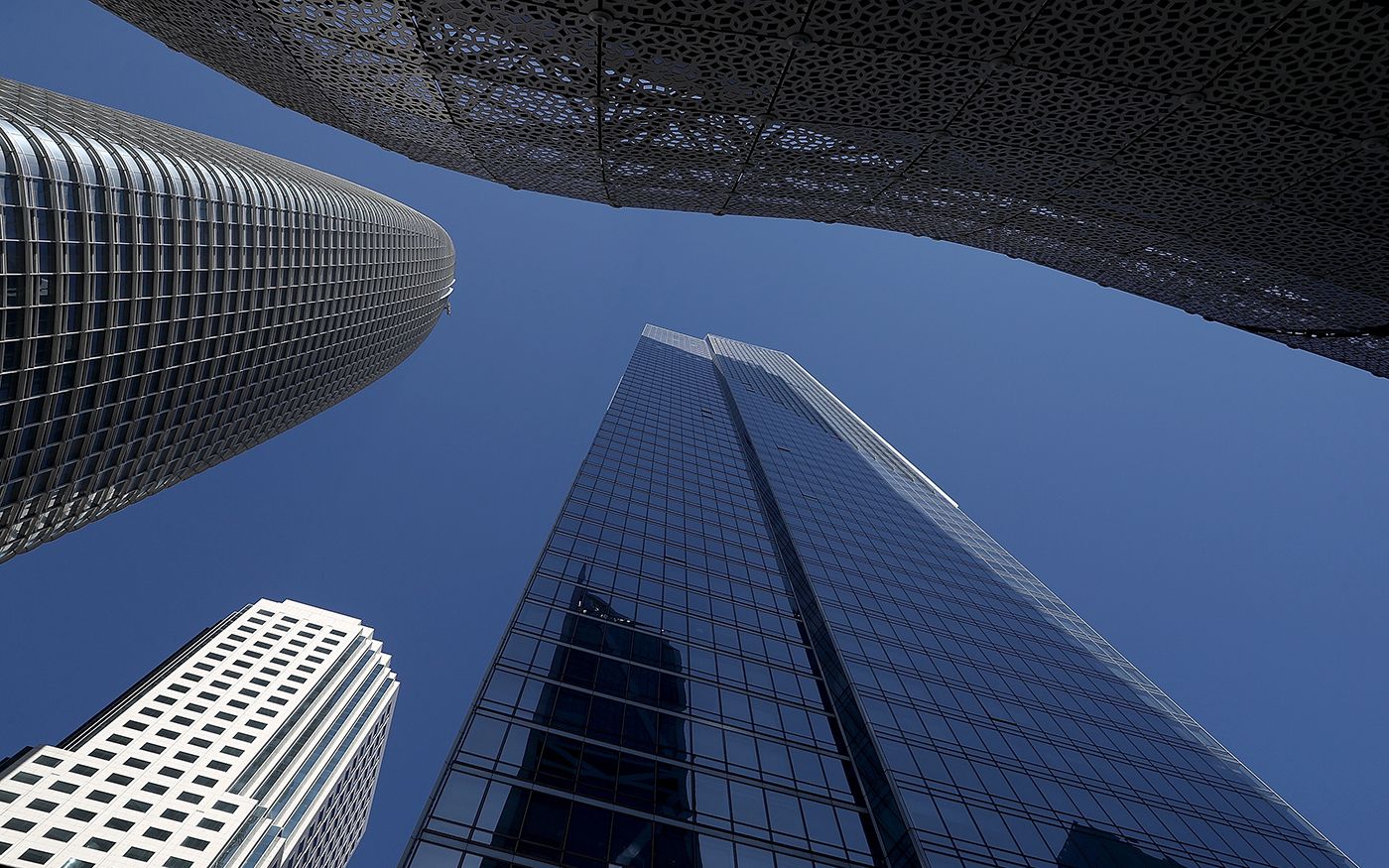 Much media attention has been lavished on the tilting and sinking Millennium Tower, a fix for which remains in the works. But the building’s situation has perhaps brought attention to the fact that heavy buildings clustered in an area atop landfill and bay mud — an area of reclaimed land that was once part of San Francisco Bay — are all collectively causing the ground to compact and sink beneath them.

NBC Bay Area has remained on top of the ever-changing situation at Millennium Tower, where work remains stalled on a $100 million project to shore up two sides of the building and drive new foundation piles down to bedrock — a project that engineers believe will fix the leaning tower’s lean over time. And now they report that a U.S Geological Survey research geophysicist has been studying satellite- and earth-based observations that he says show that multiple buildings in the area are sinking, all due to their own weight.

A certain amount of building settlement is normal and expected, but the Millennium case is one where things are defying the expectations of engineers.

As we learned from an explanatory YouTube video last week, the situation is a complex one, and one that can’t simply be blamed on the developers cheaping out when it came to the foundation. While Millennium Tower, with its concrete frame, is the third-heaviest building to be constructed in San Francisco — coming in at 686 million pounds — no other tall buildings in the vicinity had drilled down to bedrock before Millennium Tower was built. (One Market Plaza and 101 California are the only buildings that are heavier.) So when an engineer recommended concrete piles that only went down to a clay layer, the developers didn’t question it. Subsequent construction, including that of the lighter-weight Salesforce Tower, did go down to bedrock with their foundations.

Interestingly, Salesforce, which is slightly taller than Millennium Tower, weighs about half as much due to the nature of its construction.

YouTuber Grady Hillhouse, whose channel is called Practical Engineering, suggests that all of this is kind of an experiment — with such tall buildings still relatively new to San Francisco, and, “Our ability to predict how soils will behave under new and extreme conditions isn’t perfect, especially when those soils are far below the surface.”

Geophysicist Tom Parsons has been studying the settlement of just under one million buildings across the Bay Area, and he tells NBC, “Clearly, the most density and the tallest buildings are centered in that downtown San Francisco area, and that’s where we see the most calculated cumulative settlement from all of those buildings together.”

While he says that “generally [buildings] go down vertically,” circumstances with the soils — and perhaps dewatering nearby for the Transbay Transit Center construction — caused Millennium Tower to settle unevenly, hence the tilt.

Foundations expert Harry Poulos, meanwhile, confirms to NBC that this is all pretty new territory for soils engineers — the cumulative settlement of a whole corridor or several blocks of buildings in the same area.

“I’ve been doing foundation design for, I guess, nearly 30 years now, and it’s not something that we’ve actually ever even thought about,” Poulos says. “Not on this sort of scale that you’re talking about.”

Next up, we may be seeing similar stories in Manhattan, where building settlement is also a major issue — and one that Parsons is also studying.