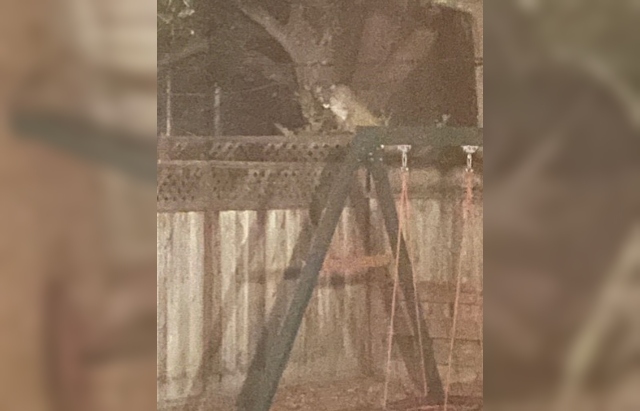 SAN MATEO, Calif. (KRON) – A mountain lion was spotted in a San Mateo backyard on Wednesday morning, according to the police department.

A resident reported seeing the mountain lion in the backyard of a house in the 500 block of Bucknell Drive.

According to the person, the mountain lion was standing near a dead raccoon and then jumped onto the top of a fence when it saw the person.

The mountain lion stayed on the fence for a few minutes before running toward Colgate Avenue, officials said.

Police searched the area but did not find the animal.

The mountain lion did not act aggressively toward the resident.

It was described as being the size of a large dog, about two feet tall, four feet long, and about 50 pounds.

The police department reminds residents to take extra precautions and to stay safe.

Even though mountain lion sightings are rare, officials advise residents to:

For more details, visit the Keep Me Wild website.