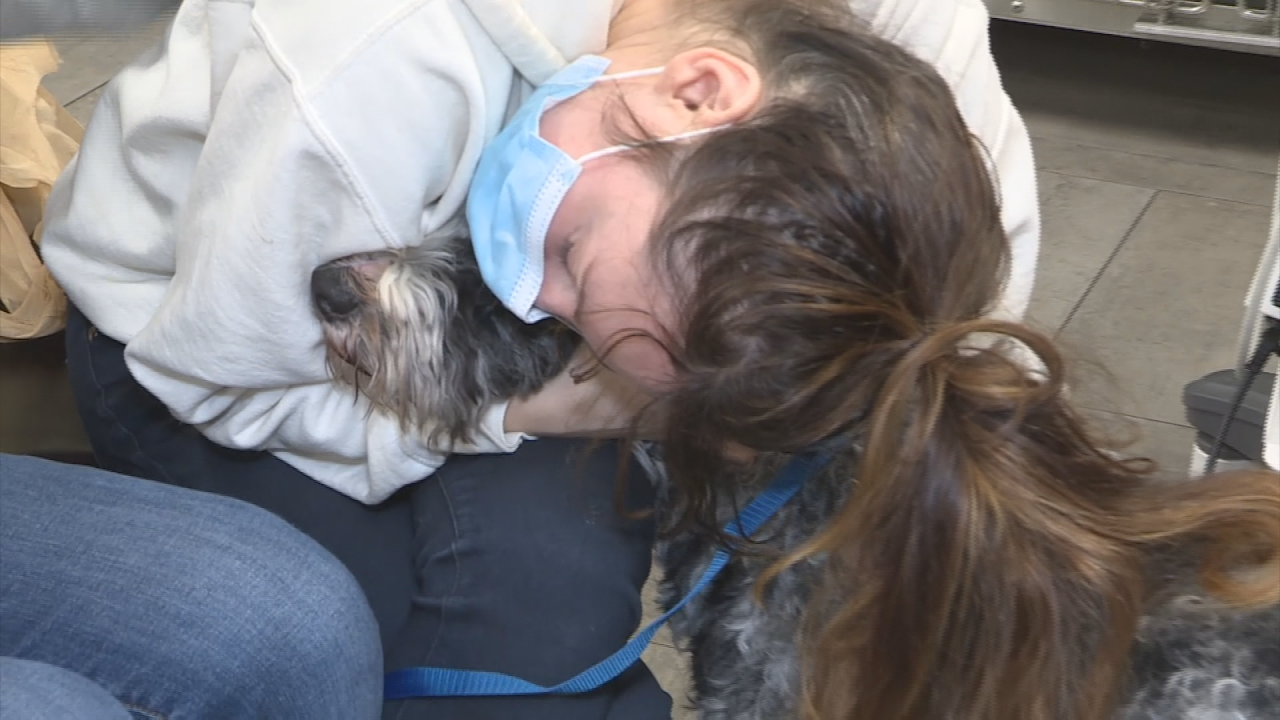 JERSEY CITY, N.J. (PIX11) — It’s the last place Ira Marootian and Luba Abramsky expected to be on the day before Thanksgiving—embracing their 1-year-old pup Presley at an animal emergency hospital in Hoboken, New Jersey.

This after spending three grueling days looking for him. Their saga started on Sunday.

The Ridgewood couple, who had just tied the knot, was set to fly to Tahiti for a dream honeymoon. The plan was derailed after they learned the Jersey City-based dog sitter they hired lost Presley within just two hours of dropping him off.

“She gave us a call saying that our dog Presley got loose and that he got out of his harness and was running the streets,” Marootian told NEWS10’s sister station in New York City.

Going on their honeymoon was no longer on the agenda. “It was immediate terror,” recalled Abramsky. “I was in my pajamas and we put on our sneakers and went.”

The newlyweds would spend the next three days tirelessly searching the area where Presley took off in the northern section of Hoboken along the Jersey City border. They posted flyers across the area hoping someone would come forward with a tip.


Prison pairs up with shelter for PAWSitivity Canine Training Program

“It was a little defeating after two full days of this and we were drained—and we were only sleeping three hours and not eating,” Marootian said.

Down but not out, the pair was on the ground in a wooded area behind Christ Hospital in Jersey City Wednesday continuing their search when a man walking his dog alerted them to a dog that looked like Presley that he saw roaming along the cliffside.


Prison pairs up with shelter for PAWSitivity Canine Training Program

“I jumped over the barrier and I’m going down the cliff, I hear footsteps and I turn around and I see him staring at me,” recalled Marootian. “He started wagging his tail, he ran right up to me—it was one of the happiest moments of my life.”

Aside from an abrasion on his right front leg, Presley was in surprisingly good condition. Similar cases involving dogs lost while in the care of dogwalkers or sitters have ended in tragedy. Most would agree that Presley, thankfully, defied the odds. His resiliency even impressed doctors at the Veterinary Emergency Group in Hoboken where he was treated.

The outpouring of support the couple also received from strangers during their search was not at all lost on them. It’s something they said they are incredibly grateful for.  “People are good. This really reminded me of that. Everybody we went up to wanted to help,” Abramsky said. “They all had heartfelt responses.”

The couple said that despite their happy ending, they plan on pursuing legal action against the dog sitter. They hope their story encourages others to do their due diligence and ask for references before hiring an independent dog sitter.