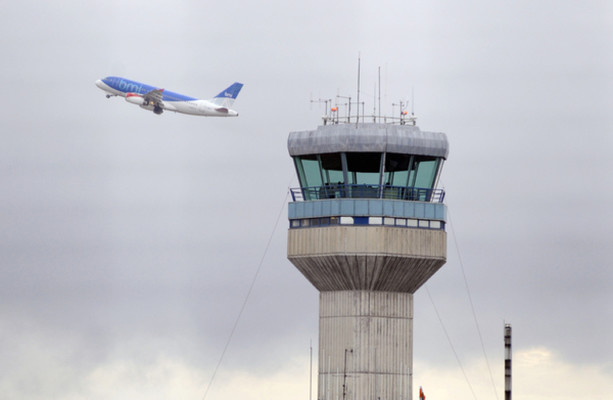 A MEDIATOR HAS been appointed to oversee critical talks between air traffic controllers and Irish Aviation Authority (IAA) management.

As reported by The Journal yesterday the senior management team of the IAA had accused air traffic control officers (ATCOs) on Monday of trying to “sabotage” the company’s reputation.

In a strongly worded internal document, seen by this publication, the managers strongly criticised the actions of the ATCOs.

Previously, in September, it was revealed that a dispute had broken out between ATCOs and management over the break-up of the company, as air traffic controllers wrote to TDs and the Department of Transport raising allegations of safety problems and rostering issues.

Now Mulvey, the former Director General of the Workplace Relations Commission, will chair mediation talks between the ATCOs and the company.

In a statement issued by Fianna Fáil spokesperson on tourism and aviation Cathal Crowe the well known industrial relations specialist will oversee talks aimed at bringing the long-running Irish Aviation Authority dispute to a close.

“I’m glad to report that a mediator has been appointed in the form of Kieran Mulvey,” said Deputy Crowe.

Kieran Mulvey will chair the talks.

Crowe said he and members of the Oireachtas Transport Committee had “vociferously” appealed to Minister for Transport Eamon Ryan to resolve the impasse.

“Whilst the IAA has its own internal mechanism for dealing with industrial relation disputes, it seems to me that this dispute has escalated beyond that.


“I am confident that Kieran Mulvey, a very skilled mediator, will help to bring this matter to a satisfactory conclusion for all concerned.”

A group of around 120 air traffic control officers (ATCOs) had written directly to Government to raise concerns of disruption and safety in Irish airspace.

In a letter sent to members of the Oireachtas, the ATCOs made a number of claims, which were sent in emails and not communicated via a trade union, including allegations around the safety of the air traffic control system in Irish airspace. They allege the problems have been caused by rostering issues and understaffing.

In a subsequent statement the IAA refuted the allegations and appealed to the workforce to engage with the industrial relations mechanisms available.