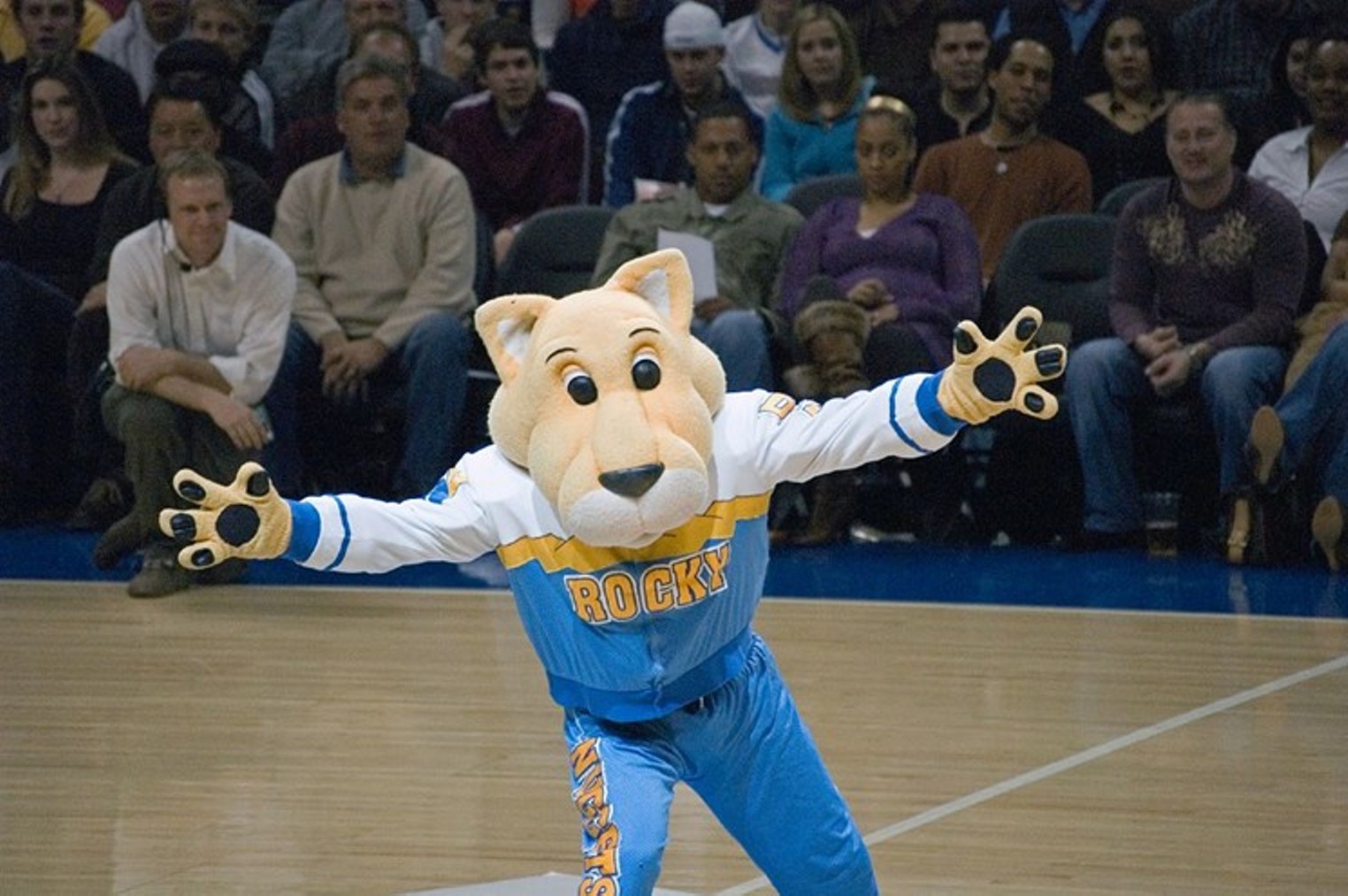 For decades, Rocky, the mountain-lion mascot of the Denver Nuggets, has amazed fans with his awesomeness. Spunky and acrobatic, Rocky always hypes up the crowd, entertaining kids and adults alike with his half-court shots and epic dance moves and skits.

In fact, Rocky was recently named the NBA’s best mascot in a survey of 1,500 basketball fans.

But even though the Nuggets mascot is still a crowd-pleaser, he seems somehow different these days: He doesn’t have quite the same mannerisms, doesn’t exude quite the same vibes. And as a result, fans have been talking on social media, asking whether this is the same Rocky they’ve applauded for more than three decades.

Rocky was born in the Rocky Mountains on December 15, 1990, with former Utah State University college mascot Kenn Solomon, who’d interned at the Rocky Mountain News that year, inside the original “preposterous puma” get-up.

“Rocky, outfitted in a black suit with yellow lightning bolts, danced around the court to the beat of ‘Soul Man’ and performed one gymnastics routine, jumping successfully off a trampoline over three Nuggets ballboys, even though he landed flat on his lightning bolt tail,” a Denver Post writer reported.

Carl Scheer, the Nuggets president at the time, discussed the choice of Solomon to play Rocky with the Post reporter. “I don’t like to go overboard on draft picks or players,” he said. “But this kid is a future star in this business.”

And he sparkled for over thirty years. Solomon was inducted into the Mascot Hall of Fame in 2008, and a scary moment in 2013, when an equipment malfunction caused Rocky to lose consciousness while being lowered to the court by a rope, went on to inspire a hilarious meme.

But has Solomon now stepped aside? At the beginning of November, Solomon posted pictures of himself standing on the court at Ball Arena after a recent Nuggets game.

A friend wrote: “That’s awesome. So cool to see you in Street clothes at a Nugget game. I hope you are enjoying retirement- what is next?”

Solomon responded: “Still roaming the games a bit but more Kickboxing now at my gym in Littleton and other business! Oh and more playing!!”
The evidence that Solomon has retired as Rocky doesn’t end there. Back in mid-June, one of Solomon’s sons, Cade, who works for the Denver Nuggets and makes sure the mascot is always in the right place at the right time, posted a tribute on Facebook to the man who’d worn the Rocky suit 31 years:

“I will always cherish the memories we’ve made not only in the arena but in the community and around the world. Growing up, he taught us so much on and off the court, showing his hard work and dedication but most of all he taught us to always have fun! He has an amazing ability to make people smile in and out of costume, he is a true hero to my family and his fans. You will always be looked up to for the impact you have on the NBA!”

Kenn Solomon has two other sons. One of them, Garett Solomon, works for the Detroit Pistons, according to his Facebook profile. A February 2020 article in the Athletic, co-authored by the Nuggets and Pistons beat writers for the publication, reported that the man inside the Rocky costume at that time was the father of the man inside the costume of Hooper, the mascot for the Pistons. Like father, like son.

“The men who perform as Rocky and Hooper are believed to be the first father-and-son mascot duo in NBA history. Their story is largely unknown to the public because of the strict code of secrecy the mascot world demands. But with assurances their identities would be sealed, both men agreed to speak with The Athletic and share how their unique, anonymous trade became a family business,” the Athletic reported.

That business is strong: Solomon’s third son, Drake, has worked for the Nuggets for years, including a stint as one of the entertainers who dunks from a trampoline during breaks in play.

So when Kenn Solomon started considering retirement, the Nuggets wouldn’t have to look far for his replacement.

While a father-son mascot story could be a PR winner for a sports team, Kroenke Sports and Entertainment, the company that owns the Nuggets, declines to discuss whether one of Solomon’s sons has replaced him as Rocky.

“It is our approach not to discuss the person in the suit for Rocky, Bernie, Woolly or Rapid Man. The character of Rocky remains the same,” says Kroenke’s Declan Bolger.

Kenn Solomon has also declined to comment on his mascot status.

Fans will have to decide for themselves whether Rocky has passed the torch. The next opportunity for fans to do so will be the Nuggets vs. Bucks game at 7 p.m. Friday, November 26, at Ball Arena.