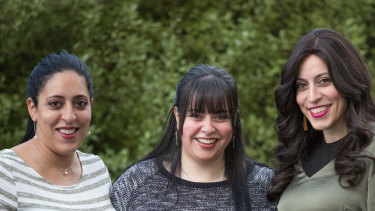 Ms Leifer is expected to spend at least two weeks in quarantine in custody after her arrival in Melbourne. During that time, she is expected to appear before Melbourne Magistrates Court for an initial administrative hearing.

That filing hearing could be held as early as Thursday or Friday and would probably be conducted via a video link, which would mean Ms Leifer would not have to attend court in person while in quarantine. Ms Leifer would also have the option of seeking bail in one of her early hearings.

All new prisoners in Victorian jails must spend 14 days in quarantine to safeguard against the coronavirus infiltrating the state’s prison system.

The flight Ms Leifer boarded in Israel was one of the last to leave the country before airports closed due to coronavirus restrictions.

Ms Leifer was extradited on 74 charges. The date of her first court appearance won’t be set until Victoria Police file paperwork of the charges with the court. A police spokesman on Tuesday declined to comment when asked what date she would first face court.

Ms Leifer’s alleged victims – sisters Dassi Erlich, Elly Sapper and Nicole Meyer – were heavily involved in the push to have her extradited, but are now expected to refrain from public commentary so as not to prejudice the looming court case. They declined to comment on Tuesday.

Catch all the day’s headlines

At the end of each day, we’ll send you the most important breaking news headlines, evening entertainment ideas and a long read to enjoy.  Sign up here.