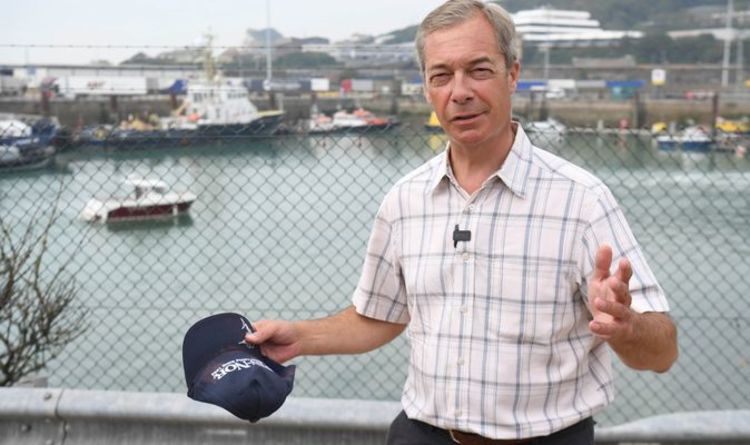 During a conversation about the Government’s handling of the Channel crossing crisis, one audience member claimed Boris Johnson’s Conservative Party are worried they could miss out to former UKIP leader Nigel Farage.

She said: “I think we’ve just got to simplify it, really.

“Brexit showed us that immigration is a vote winner.

“And I don’t have faith that this Tory Government is going to take it seriously.”

She went on to claim the “most ethical” option is to provide safe routes.
The audience member continued: “They are too scared that, as David Blunkett said today, if they get the rhetoric wrong, Nigel Farage is going to be our next Prime Minister.”

The comments come just days after Mr Farage indicated he could stage yet another political comeback.

Mr Farage, who led UKIP to a historic victory in the 2014 EU Elections, was joined by an even larger group of Eurosceptic MEPs when the Brexit Party romped to victory five years later.

READ MORE: Farage throws gauntlet down as he readies for political return

Despite criticism, the Government has already pledged to give France €62.7m (£54m) during 2021-22 to help increase police patrols along its coastline, boost aerial surveillance and increase security infrastructure at ports.

The Prime Minister said: “Our offer is to increase our support but also to work together with our partners on the beaches concerned, on the launching grounds for these boats.

“That’s something I hope will be acceptable now, in view of what has happened.”