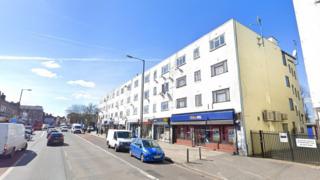 A four-year-old lady found injured alongside with a woman in a property in south London has died.

The pair had been found at Monarch Parade in Mitcham at about 16:00 BST on Tuesday.

They had been taken to hospital the place the kid was pronounced lifeless. The woman is being handled for life-threatening accidents.

No arrests have been made and police, who stay on the scene, say they don’t seem to be in search of anybody else.

The lady’s subsequent of kin have been knowledgeable and a autopsy exams are on account of happen.