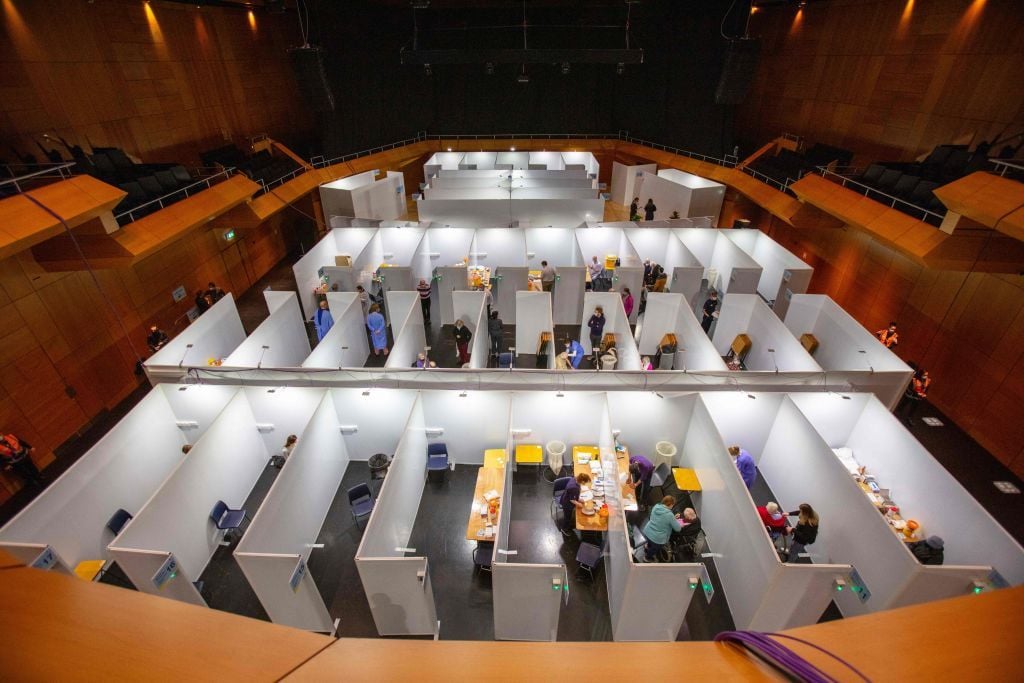 The head of the HSE has said the “future is brighter” as the State’s Covid-19 vaccine rollout appears ready to gain pace in the coming weeks.

Paul Reid tweeted the millionth dose of the vaccine in the Republic of Ireland is due to be administered today.

Mr Reid said 19 per cent of the eligible population, over the age of 18, have now received their first dose, while 8 per cent are fully vaccinated. Approximately 98 per cent of vaccines delivered to Ireland have been administered within the same week, he added.

Today we’ll administer our One Millionth #COVID19 vaccine here in Ireland. We expect almost 19% of the eligible population to have received their dose 1 and almost 8% dose 2. This week we administered 98% of vaccines received within the same week. Future is brighter. @HSELive

On Wednesday, it was reported the State is set to receive up to 960,000 Covid vaccines.

Meanwhile, the Chief Executive of the Health Products Regulatory Authority (HPRA), Dr Lorraine Nolan has warned the public if people do not get vaccinated they have “zero protection” against “this very devastating disease.”

Commenting on the European Medicines Agency (EMA) decision to include a list of side effects with AstraZeneca vaccinations, Dr Nolan pointed out that all vaccines could cause side effects, the majority of which would be mild.

The side effects to watch out for that could indicate blood clotting difficulties included breathlessness, chest pain, swelling in the leg, bruising, neurological issues and worsening headache, she said.

Dr Nolan explained the EMA had been reviewing the issue of blood clotting in a small number of cases and had found that it was not possible to rule out a link and had committed to review that issue. They have now said a link to the vaccine is considered plausible in the context of these rare events.

“They are unusual, and they are very rare,” Dr Nolan said.

When we talk about risks, it’s very easy to forget about the overwhelming benefits of vaccination.

The product information for AstraZeneca will be updated to reflect these rare side effects and the unusual nature of these blood clotting events, she added. “We are talking about 86 cases in 25million vaccines.”

Dr Nolan said the EMA’s position remained that AstraZeneca was “a very safe and a very effective vaccine” and any blood clotting incidents were still considered very rare.

“When we talk about risks it’s very easy to forget about the overwhelming benefits of vaccination and that is what we have to keep in mind here.

“We have to look at the overwhelming benefits of this vaccine – it provides excellent protection from the disease, and it has a good safety profile, and then you look at the real world use of this – it’s also showing us the high levels of protection it gives in terms of severe illness and hospitalisation, so there are really clear benefits to this vaccine,” Dr Nolan added.