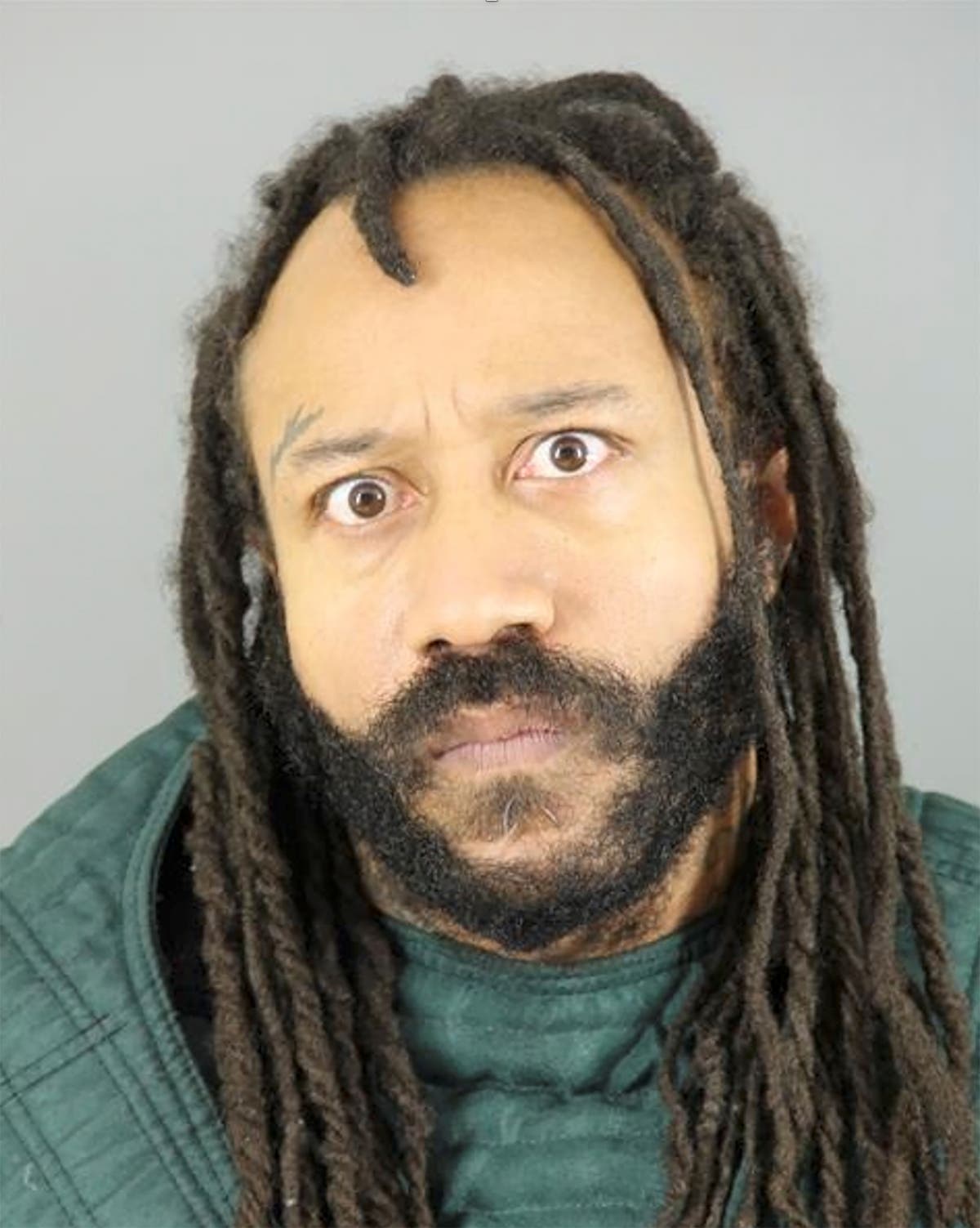 A fundraiser for 39-year-old Darrell Brooks has reportedly been removed by GoFundMe after the page violated its terms by asking for donations totalling $5m (£3.7m) to free the accused from bail.

Mr Brooks, who police believe wanted to strike “as many people as possible” when he raced his car through a Christmas parade in Waukesha, Wisconsin, on Sunday, was described in the fundraiser as a “friend”.

A criminal complaint filed on Tuesday has meanwhile accused Mr Brooks of having “no emotion” when he drove down the parade route, killing six people and wounding at least 47 others.

He was said to have fled from police responding to a call about a domestic dispute between him and another person hours earlier, and prosecutors plan to charge him with six counts of first-degree intentional homicide.

More than $1.5m has been raised to support victims of the attack and their families. The six people killed are: Tamara Durand, Jane Kulich, Wilhelm Hospel, Leanna Owen, Virginia “Ginny” Sorenson, and Jackson Sparks.

To receive our free breaking news alerts direct to your inbox click here.

Over 15 still remain in hospital four days after attack

More than 15 persons, mostly children, are still in hospitals following the deadly incident on Sunday.

The Children’s Hospital of Wisconsin said five out of the 10 remaining children are in critical condition.

At the Aurora Medical Centre-Summit, one of the four patients is in a serious condition while three others are doing better, the hospital said. Two more persons are being treated at Froedtert and the Medical College of Wisconsin Health Network.

Meanwhile, ProHealth Waukesha Memorial Hospital said in a statement that all patients from the parade attack admitted to the medical facility were treated and discharged on 24 November.

Darrell Brooks ‘wanted to hit as many people as possible’, prosecutors say

A criminal complaint describes Mr Brooks as having “no emotion” when he allegedly smashed through a police barricade in his red Ford Escape SUV and deliberately targeted school children in marchings bands and grandparents in dance troupes, killing six people and wounding more than 60.

Moments earlier, he fled from police responding to a call about a domestic dispute between him and another person, according to a charging document filed Tuesday in the Waukesha County Circuit Court.

Five members of the Xtreme Dance Team remain in ICU

Five members of the Xtreme Dance Team who were injured in the Waukesha Christmas parade tragedy remained in ICU on Wednesday.

TMJ4 News reported the five members were between the 3rd and 8th grades.

Members of the dance troupe were struck when Darrell Brooks allegedly drove his SUV through the parade route, killing six people and injuring more than 60.

Mother of Darrell Brooks regrets bailing him out

The mother of the man charged with mowing down and killing people at the Wisconsin Christmas parade regrets bailing him out earlier this month, his ex-girlfriend told The New York Post.

Dawn Woods wishes she had not posted the $1,000 bond after Darrell Brooks was accused of punching the mother of his child and striking her with his car on 2 November.

“She’s wrecked that people were killed as a result and she’s like, ‘I’m blaming myself, because had I not bailed him out, this wouldn’t have happened,’” the ex, who asked to remain anonymous out of fear for her safety, told the newspaper.

Six people died when Mr Brooks allegedly plowed into the parade on Sunday, and he faces life in prison if convicted.

Darrell Brooks ‘wanted to hit as many people as possible’, prosecutors say

A criminal complaint describes Mr Brooks as having “no emotion” when he allegedly smashed through a police barricadein his red Ford Escape SUV and deliberately targeted school children in marchings bands and grandparents in dance troupes, killing six people and wounding more than 60.

Moments earlier, he fled from police responding to a call about a domestic dispute between him and another person, according to a charging document filed Tuesday in the Waukesha County Circuit Court.

Why were previous allegations against Brooks not taken seriously?

Darrell Brooks, the man charged with driving his SUV into a Christmas parade in Wisconsin and killing six people, had a criminal history that included cases of domestic violence.

As Kathleen N Walsh writes, if the allegations against Mr Brooks — that he had already used a vehicle to attempt to seriously injure a woman he’d been formerly in a relationship with — were considered more seriously, then perhaps five families wouldn’t be mourning the deaths of their loved ones today.

The Waukesha Police Department are thought to still be seeking video evidence from members of the public after the attack last weekend, in which six people were killed and more than 40 people injured.

A Google document, as reported by the Washington Examiner, was still open for submissions on Thursday – two days after 39-year-old Darrell Brooks was charged with five counts of homicide.

He is expected to face a sixth charge, following the death of an eight-year-old on Tuesday afternoon.

The appeal from Waukesha’s police says “In light of the tragedy that occurred November 21, 2021 during the Christmas Parade, the Waukesha Police is seeking the assistance from the public in gathering pertinent video that may have been recorded during the incident.”

“To ensure quality of the videos, we are seeking only videos or photos that you recorded and which capture the vehicle traveling through the parade or fleeing the scene.”

Ambulance provider holds a prayer for victims of attack

A Wisconsin-based ambulance provider has asked residents and members of the community to hold a prayer Thursday evening at 4.39 pm – the same time that authorities say Darrell Brooks drove through a Christmas parade in Waukesha, injuring dozens and killing six people, last Sunday.

“Tomorrow, as we reflect on what we are thankful for and the blessings we have, at 4.39pm let us collectively take a moment to reflect and pray for those suffering in the wake of this tragedy,” Bell Ambulances said in a Facebook post.

A fundraising page for the sixth victim of the Christmas parade tragedy has seen more than $400,000 (£300,000) in donations since his death was announced on Tuesday afternoon.

Alyssa, who writes that she is a niece of Aaron and Sheri Sparks, said her cousins Tucker (age 12) and Jackson (age 8) Sparks were hit in the attack on the parade in Waukesha, Wisconsin on Sunday.

The death of Jackson was confirmed by the family on Tuesday.

A spokesperson for GoFundMe confirmed that a fundraiser for Darrell Brooks had broken its terms and conditions, and that it had been pulled.

James Norton, who claimed to be a friend of his, allegedly started the fundraiser, and as Law Enforcement Today reported, had a target of $5m (£3.7m) in aid of freeing him.

As Gino Spocchia writes, GoFundME told reporters that “Fundraisers with misuse are very rare, and we take all complaints very seriously,” and the person behind the Brooks fundraiser has been banned from the platform.

The page was last visible on Tuesday, screenshots on social media suggest.