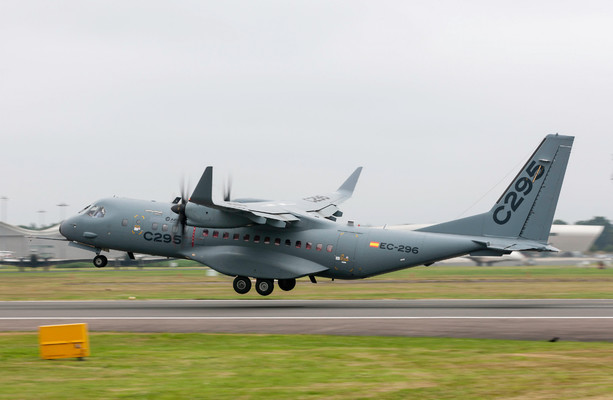 THE MINISTER FOR Defence has defended his department’s handling of the offer of two heavy lift aircraft and insisted he wasn’t aware of the full details of the proposal received by his officials.

An investigation by The Journal discovered evidence that Simon Coveney’s Defence department was aware of the offer a full eight months before the Army’s elite Ranger Wing were sent to Kabul in August to spearhead an operation to rescue stranded Irish citizens.

The Department of Defence refused efforts to provide two long-range second-hand heavy lift aircraft for the Irish Air Corps months before that operation was launched, our article published on Monday revealed. The purchase-or-lease offer was made by the Seraph Aviation Group.

The Ranger Wing’s flights to and from the war-torn country were on board French and Finnish aircraft as the Irish Air Corps did not have a long-range aircraft suitable for the mission.

Speaking on Prime Time in August after it was confirmed that the successful mission had resulted in the rescue of dozens of Irish citizens and residents Coveney said he was not aware of any offer of a second-hand plane. The minister had just steppped out of a reception to take part in the impromptu interview and appeared to be taken by surpise by the question on the issue.

He was asked about the offer of two heavy lift aircraft and responded that he was not aware of it – however documents obtained by The Journal show that the company making the offer contacted him on his Oireachtas email and on the Department of Defence ministerial email account.

While attending a conference of the Defence Forces officers representative body (Raco) this week, the minister was asked about the offer by The Journal:

“I certainly wasn’t aware of the details of it,” he said.

“I’m aware that we get offers all the time and the department deals with them as they should as professional civil servants.

“Just because an offer comes in, and a few months later, it looks like we could have used that type of equipment doesn’t mean that we should necessarily take it each time.”

Coveney said that the Department was engaged in a multi-million euro purchase of aircraft for the Air Corps.

He said that the offer of the two strategic heavy lift aircraft did not follow the normal tendering process – although documents show that the Seraph Aviation Group executive had offered to enter the normal manner procurement protocol.

The documents revealed that Seraph had offered the two aircraft on a lease or buy outright basis. They also offered to meet officials and to enter the tendering process if required.

“This isn’t how you do equipment purchase. We get offers all the time for people [who] want to do business with the Department of Defence in terms of equipment or whatever.

“I mean, we have a procurement process, we have legal obligations in terms of procurement, we have a capital expenditure programme that is multi-annual, we are spending a fortune on aircraft as we speak.

Referring to recent purchases of single-engine and maritime patrol aircraft, he continued:

We have spent a lot of money on on PC-12s, four of them, we’ve committed over €200 million to two new CASAs, which will be arriving in the next two years. So we’re spending a lot of money on aviation aircraft. 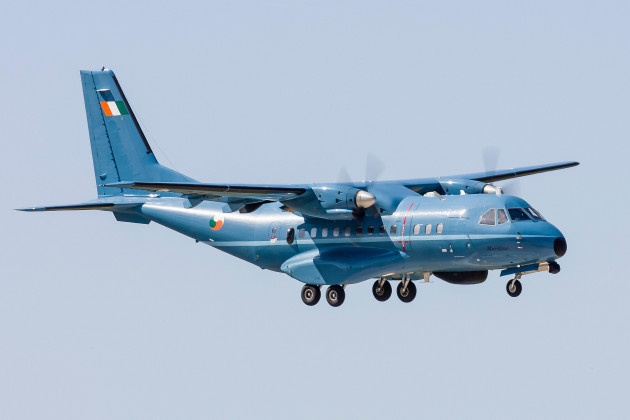 An Air Corps Casa which was not suitable for the mission in Kabul.

Coveney said that the issue of strategic heavy lift aircraft, to facilitate movements of large numbers of troops and cargo, was being considered in the ongoing Commission on the  Defence Forces.

He said that the Kabul operation had shown the need for such a resource.

Following repeated reports and commentary from former members of the Defence Forces the Government decided to set up the independent commission. Its terms of reference have enabled it to examine pay, conditions and resourcing across the Defence Forces.

Seraph Aviation Group said that they would be willing to talk directly to the Department in regard to the provision of aircraft.

“We concur with the comments of the Minister, as we fully recognise the need for a procurement process.

“We would be happy to engage in one, should the opportunity arise, as this would enable us to demonstrate the benefits and value of our proposal. In that context, we note that the two C295 aircraft remain available to the State,” the spokesperson said.

Cathal Berry TD, a former senior officer in the Army Ranger Wing, has said that questions must be asked about the funding model for the Defence Forces.

He was speaking after the Raco conference, held in Kildare this week, and said that he and all delegates were not impressed with Simon Coveney’s address.

Coveney said in his speech that the commission would examine the vulnerabilities across the Defence Forces and link it back to the needs of Government.

Berry said: “My reaction to the Minister’s attendance at Raco is that it was very disappointing, the audience were very disappointed. It was a great opportunity to announce tangible solutions to address the retention crisis but the Minister did not do that.

“Secondly, the Department of Public Expenditure and Reform was blamed a lot by the Minister.


“Foreign Affairs is getting significant investment and resources but Defence is not getting the same. There is a lot of expenditure for Foreign Affairs – new embassies opened, big increase in budgets while Defence is closing down barracks, morale is the lowest ever in living memory and the budget is in freefall. 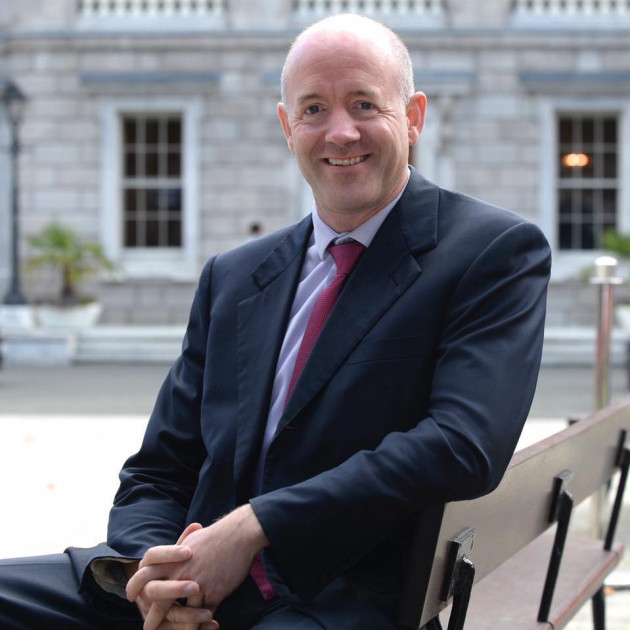 Ireland is currently has a seat of the UN Security Council – the former Army Officer said that the current lack of funding in Defence is adversely affecting Ireland’s international reputation.

“Other members of the Council view Ireland as negligent and as free loaders. They will say how dare we use American and European tax money to provide for our security.

“They believe we are not pulling our weight, we are abdicating our defence and using other people’s money to do it they take a very dim view.

“We are not playing our part – their view is that at the very least we need to be able to look after our own defence and security – it really undermines our international reputation,” he added.