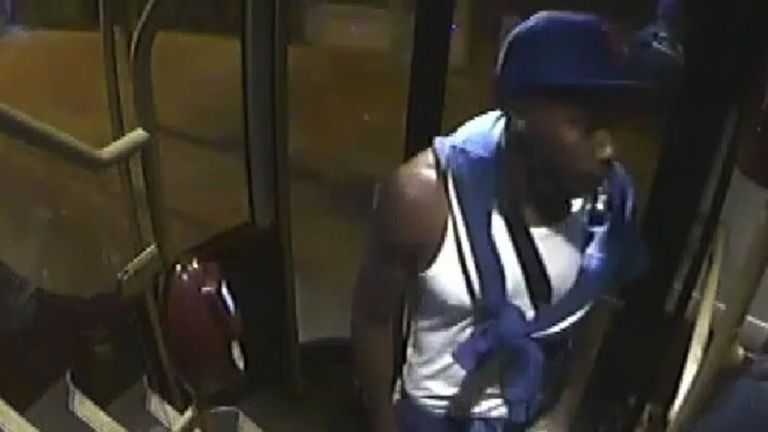 An NHS worker was left unconscious after being subjected to a “completely unwarranted violent assault” on a bus that was “triggered by face masks”.

CCTV footage exhibits a person repeatedly punching the 63-year-old sufferer to the ground earlier than stamping on his head 5 occasions, leaving him unconscious.

The incident occurred on board the 149 bus simply earlier than it stopped at Seven Sisters station in north London at round 9.45pm on 23 August, the Metropolitan Police mentioned.

Detectives say the sufferer, an NHS observe and hint worker, boarded the bus by way of the center doorways earlier than the suspect.

Five minutes later, the suspect adopted the sufferer in direction of the again doorways, the place police imagine he had gone to attempt to create a ways between them.

The suspect is believed to have “taken offence” when the sufferer moved away from him as a result of he wasn’t carrying his masks correctly, the investigating officer mentioned.

PC Bowman, of the roads and transport policing command, mentioned: “Although there isn’t a sound on the CCTV and all of the sufferer remembers is waking up in hospital, we imagine that this was all triggered by face masks.

“We assume that the attacker, who had his face overlaying beneath his chin, took offence when the sufferer, who was totally coated, consciously moved away from him.

“When the attacker then follows the sufferer to the again of the bus, he will be seen pointing and gesturing on the sufferer’s face masks earlier than he begins repeatedly punching and kicking him.

“This was a completely unwarranted violent assault and we urgently want to talk to this man.”

The suspect is described as a tall black man aged roughly between 23 and 25, tall, with an athletic or muscular construct.

He was carrying blue tracksuit bottoms, a white vest and white trainers.