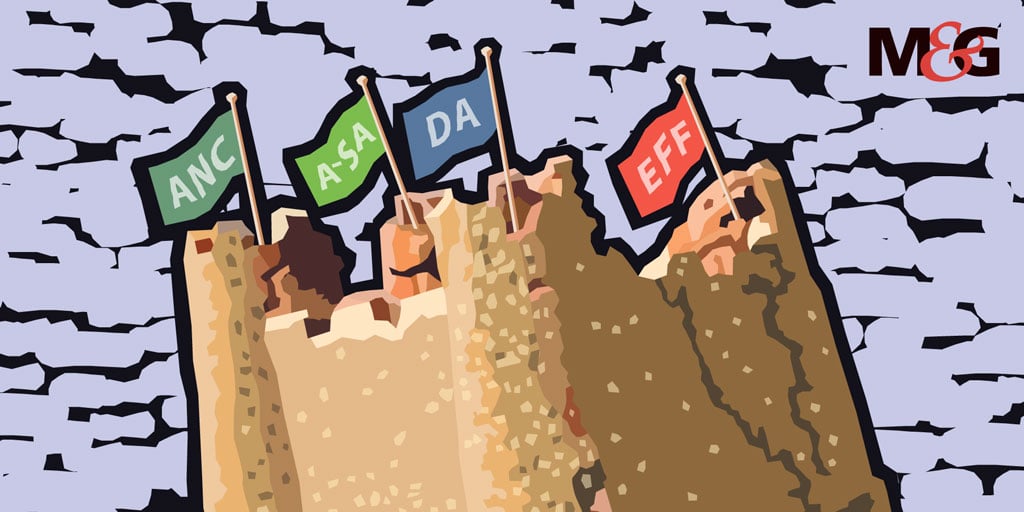 The economist John K Galbraith famously remarked: “Politics is not the art of the possible. It consists in choosing between the disastrous and the unpalatable.”

In the recent local government elections, voters made what may have seemed an exercise in the art of the possible, only to harvest the disastrous and the unpalatable.

The 2016 local government elections produced 66 hung councils, which meant that no single party could muster a majority in any of those municipalities, thereby leaving them in suspense until the next electoral cycle. This stalemate has set off a frantic wheeling and dealing between political parties to carve positions, from mayors to speakers to members of the mayoral committees. The largest municipalities eThekwini, Ekurhuleni, the City of Johannesburg, Nelson Mandela Bay and Tshwane are where the horse-trading has been most intense, with some surprising outcomes.

One of the features of the more recent flurry of deal-making in 2021 was the glaring absence of any governing platform and statement of principles that the various parties were presenting as the basis for negotiating coalition governments.

Their contests ranged from the mundane to the ridiculous: it was all about who should get which positions, the visceral dislike of certain personalities, settling of old scores and downright arrogance.

The outcome was a hodgepodge of the good, the bad, and the ugly. In the end, parties decided to free-style and hope for the best, a situation that saw the Democratic Alliance (DA) scooping several metros it was not expecting to win.

In some municipalities, the political lottery made possible the meteo­ric rise to prominence of individuals whose leadership credentials are thin. It will be the first time in their lives that some of the new mayors will encounter a budget and annual financial statements, and in this case, quantified in billions of rands. Some have no credible programme for their term and could end up being used as pawns to further the interests of powerful factions in their parties or of smaller parties who are kingmakers in the council.

Since many of these mayors emerged fortuitously through a throwing of dice by the Economic Freedom Fighters (EFF) and smaller parties, they have weak foundations. The EFF and other parties are neither obligated nor incentivised to vote with the governing parties in municipalities, and  may cast their lot in a different direction when it comes to important decisions.

What, then, do these developments in local government elections portend for the general elections in 2024?

The recent municipal elections signify an inflection point in the country’s politics and offer signposts to the 2024 elections, especially for provincial governments. The trend of electoral decline of the ANC is likely to gather pace.

The DA, too, has reached a saturation point despite gaining support from smaller parties for its mayoral candidates. The DA’s resurgence through the back door is a fig leaf that covers its fragility; it also does not reflect a growing electoral support for the party.

At the historic low of 46.68%, the voter turnout suggests that there is a massive electoral base that has no political home and is ripe to be mined by new parties with credible leadership and political programme. Without a doubt, this will not be easy pickings since the failure of significant parties to live up to their promises has generated cynicism in our politics.

An already melancholic national mood will worsen this cynicism, more so in the face of economic underperformance, growing joblessness, rising unemployment, deepening inequalities, corruption and the weakening foundations of law and order.

If the trend of low voter turnout repeats itself in the 2024 general elections, it will produce novel political permutations of coalition governments at the provincial level. In The Fall of the ANC: What Next?, which I co-authored with Prince Mashele, we predicted the complete loss of power by the ANC to happen in 2034. That was a generous prognosis; the year 2029 might be a more realistic turning point. Nonetheless, the writing is on the wall, and indeed the rupture will manifest much sooner at the provincial level.

There are two ways to interpret political coalitions at the national level when they finally happen. The first is a charitable reading: they will help to broaden talent in government beyond just the ruling party, clean up and modernise the public sector and introduce checks and balances by opposition politicians that are part of a coalition government at the national level.

Further, we could witness in such a shift the emergence of a political consensus with parties working together for the good of the country, stabilising its economy and improving its international credibility. If we consider reality from this perspective, the thought of a coalition government seems attractive.

Such a view, however, would be naïve. Coalition governments are a Tower of Babel, with parties constantly at loggerheads. They are also a form of lottery that could produce disastrous and unpalatable outcomes.

Since the onset of democracy in South Africa, we have had a patchwork of government of varying textures and compositions. At one point, South Africa had a government of national unity established to ensure political stability, which proved fractious over time. At different moments, there has been a sprinkle of opposition politicians serving in the national government, with other opposition leaders wasting no time lapping up patronage as ambassadors abroad.

A quilt of parties that constitute a national government in the name of a coalition — or deal-making — will be worse and unstable. In the current electoral system, political parties of all hues are mainly interested in accessing power and dispensing with patronage to reinforce their hold in office. As we have learned in the mayoral allocations, a political lottery does not produce the best outcomes in the form of quality of leaders.

Further, smaller parties that have acted as kingmakers for mayoral positions can wield significant influence in determining the council agenda even though they have minuscule constituencies. This unmerited influence makes a mockery of democratic governance. Governance by the whims of minor parties or horse-trading is akin to subjecting major decisions about municipal resources to the toss of a coin.

We had seen this wobbly decision-making happen throughout Herman Mashaba’s term as mayor of Johannesburg under the ticket of the DA but tethered to the leash of the EFF. He would later cut and run when he fell out with the DA’s Helen Zille.

Forming governments through lottery or coalition platforms is another theatre of electoral campaigning through brinkmanship instead of governing to improve the lives of the public on the basis of sound governance and quality service delivery. They can turn out disastrous and unpalatable.