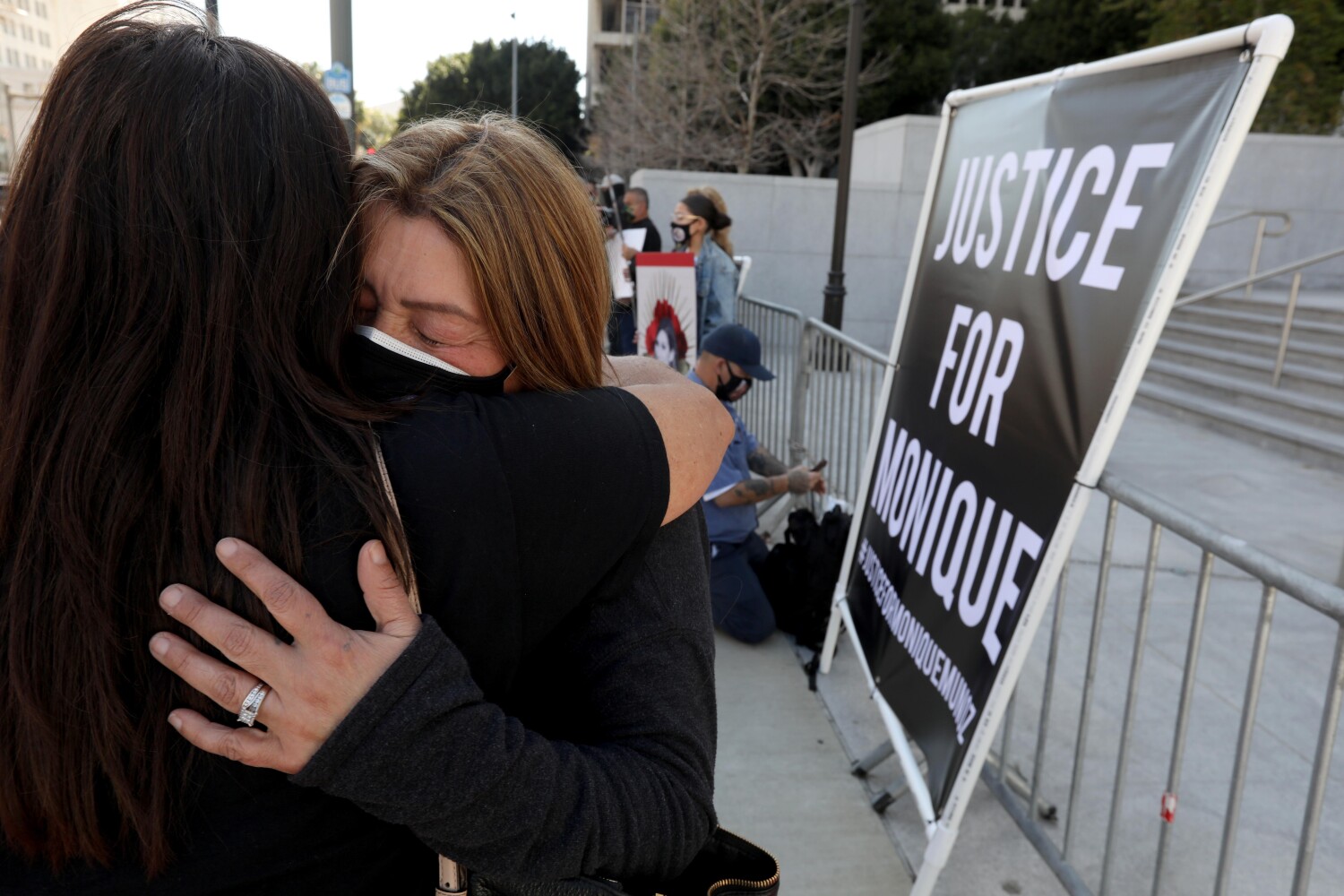 Prosecutors filed charges Wednesday against a teenage driver involved in a high-speed crash that killed a woman in West L.A. in February.

In a statement, Ricardo Santiago, a spokesman for the Los Angeles County district attorney, said his office could not release more information because the case involves juvenile proceedings. An arraignment is scheduled for April 23.

Monique Munoz, 32, was killed when a speeding Lamborghini slammed into her vehicle in the intersection of Olympic Boulevard and Overland Avenue shortly after 5 p.m. on Feb. 17, according to LAPD Capt. Brian Wendling.

Her vehicle was almost split in half.

The 17-year-old driver of the Lamborghini, who was hospitalized with injuries that were not life threatening, was arrested on suspicion of vehicular manslaughter on Feb. 23, according to the LAPD. Police did not disclose his identity because of his age.

Wendling said the teen had a valid driver’s license at the time and alcohol or drugs did not appear to play a role in the crash.

He said police do not believe the teen was street racing.