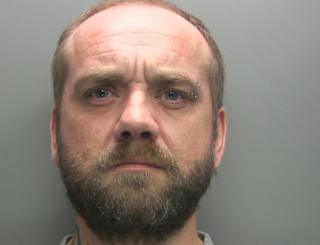 A man who repeatedly stabbed his brother in the face and neck with a big knife has been jailed for five-and-a-half years.

Lee Kidd plunged the 8in (20cm) lengthy kitchen knife into his brother Callum’s neck and cheek throughout a drunken row at his Carlisle house on 23 October.

He informed his injured brother “I hope you die”, Carlisle Crown Court heard.

Kidd, 41, had denied wounding with intent to trigger grievous bodily hurt however was discovered responsible by jurors.

In a sufferer affect assertion, Mr Kidd mentioned: “I really feel indignant. Angry that my very own brother may have killed me and brought about my youngsters to lose their dad.”

Judge Nicholas Barker discovered Kidd, of Coney Street in Currock, the place the incident occurred, had been provoked and concluded his assault was not premeditated.

However, he informed Lee Kidd: “None of that may excuse your actions. They had been extremely, extremely harmful.

“You took up what was, no doubt, essentially the most threatening and harmful implement accessible and used that by yourself brother.

Det Matthew Rees, of Cumbria police, mentioned Kidd used “mindless violence”, including: “This is a good consequence placing a violent offender behind bars.”