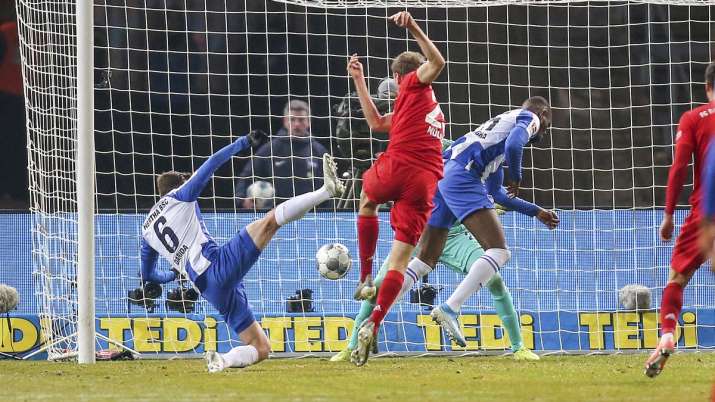 German Chancellor Angela Merkel says the Bundesliga can resume this month amid the coronavirus pandemic.

Merkel announced a loosening of a range of containment measures after meeting with the country’s 16 state governors. The pressure to relax the rules had been growing as the rate of daily infections in the country has dropped.

Soccer in the country’s top two divisions will be able to resume without spectators and with a range of other conditions designed to prevent another outbreak. Players will be tested and teams will also have to spend time in quarantine before games can restart.

The earliest the league can resume is May 16. The German soccer league is to hold a general meeting with the country’s 36 professional clubs in the top two divisions via video link on Thursday.

The Bundesliga was suspended with nine rounds remaining on March 13. The clubs had committed to finishing the season by the end of June.