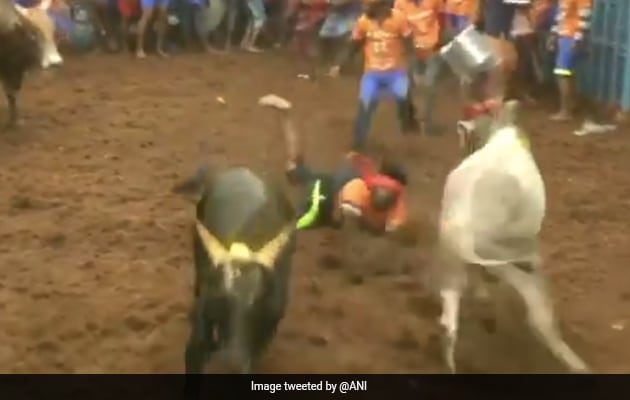 The traditional bull-taming event Jallikattu started today in Tamil Nadu’s Madurai amid strict safety guidelines due to the coronavirus pandemic. Up to 150 people can participate in the event that involves setting free bulls on a fenced street while the men attempt to tame the animals.

The state government has limited the number of audience at 50 per cent of the number of participants at the event in Madurai’s Avaniyapuram. All of them must wear mask, a necessary safety move amid the pandemic.

The Tamil Nadu government last month gave the go-ahead for Jallikattu, which has seen its share of controversies in recent years.

Over 200 bulls are participating in the competition. In the wake of #COVID19, State govt directed that number of players shouldn’t be over 150 at an event. Number of spectators not more than 50% of the gathering. pic.twitter.com/VdVCLgPIon

The Supreme Court in 2014 banned the event after the non-profits Animal Welfare Board of India and People for the Ethical Treatment of Animals approached it with objections. The state government, however, insisted that Jallikattu was an important part of culture and identity.

The ban was removed in 2017 after an amendment to the Prevention of Cruelty to Animals Act, following massive protests in the state.

Animal rights activists had alleged bulls are abused and tortured, while lakhs in Tamil Nadu had said that was not correct and that those who oppose Jallikattu do not understand the region’s culture or respect it.