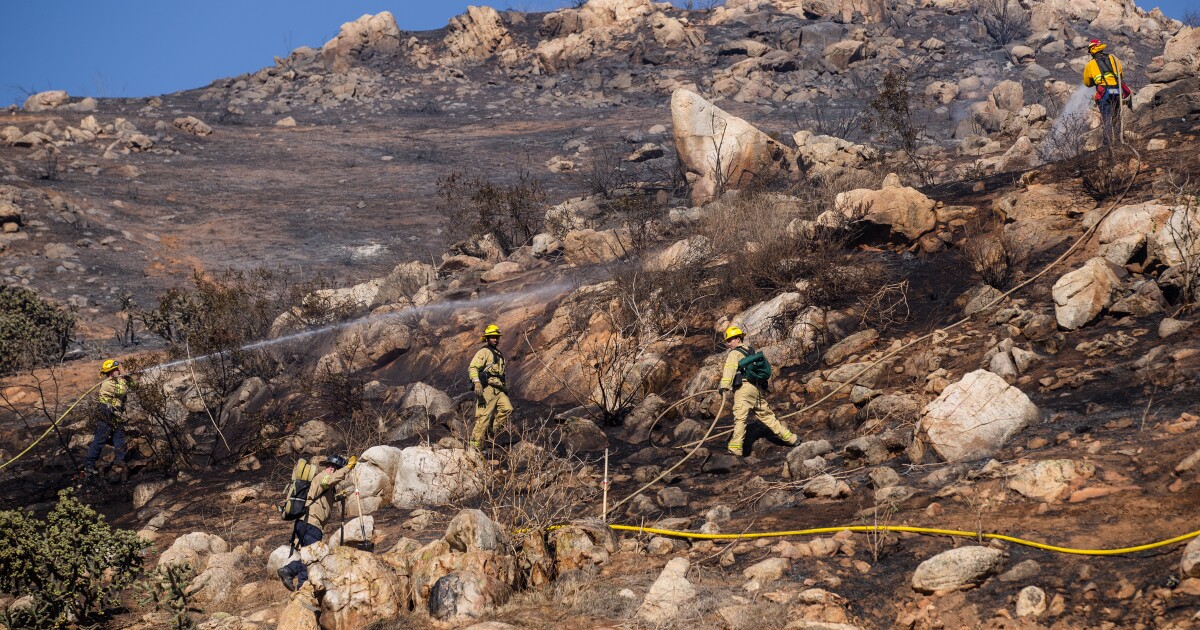 A brush fire that prompted the San Diego County Sheriff to issue an evacuation warning for the Santee area near Hillcreek Road and Ramsgate Drive is nearly contained.

It broke out on the north side of the Walker Preserve, 9500 N. Magnolia Ave., around 11 a.m., according to Heartland Fire & Rescue.

John W. Minto, mayor of Santee, said it appears a total of 18 acres burned. The forward progression is stopped and no structures are in peril, he said, and there were no injuries.

The fire was near Mast Boulevard and Magnolia Avenue. People who live near Hillcreek Road and Ramsgate Drive were warned to evacuate through Jeremy Street to North Magnolia Avenue to Pathways Church, 9638 Carlton Hills Boulevard.

Some families did while others remained. At least one man tried fighting the flames with a backyard hose.

The National Weather Service has a Red Flag warning in place for the San Diego region through Friday at 6 p.m. A Red Flag warning means that critical fire weather conditions are either occurring now or will shortly, the service says. A combination of strong winds, low relative humidity and warm temperatures can contribute to extreme fire behavior.