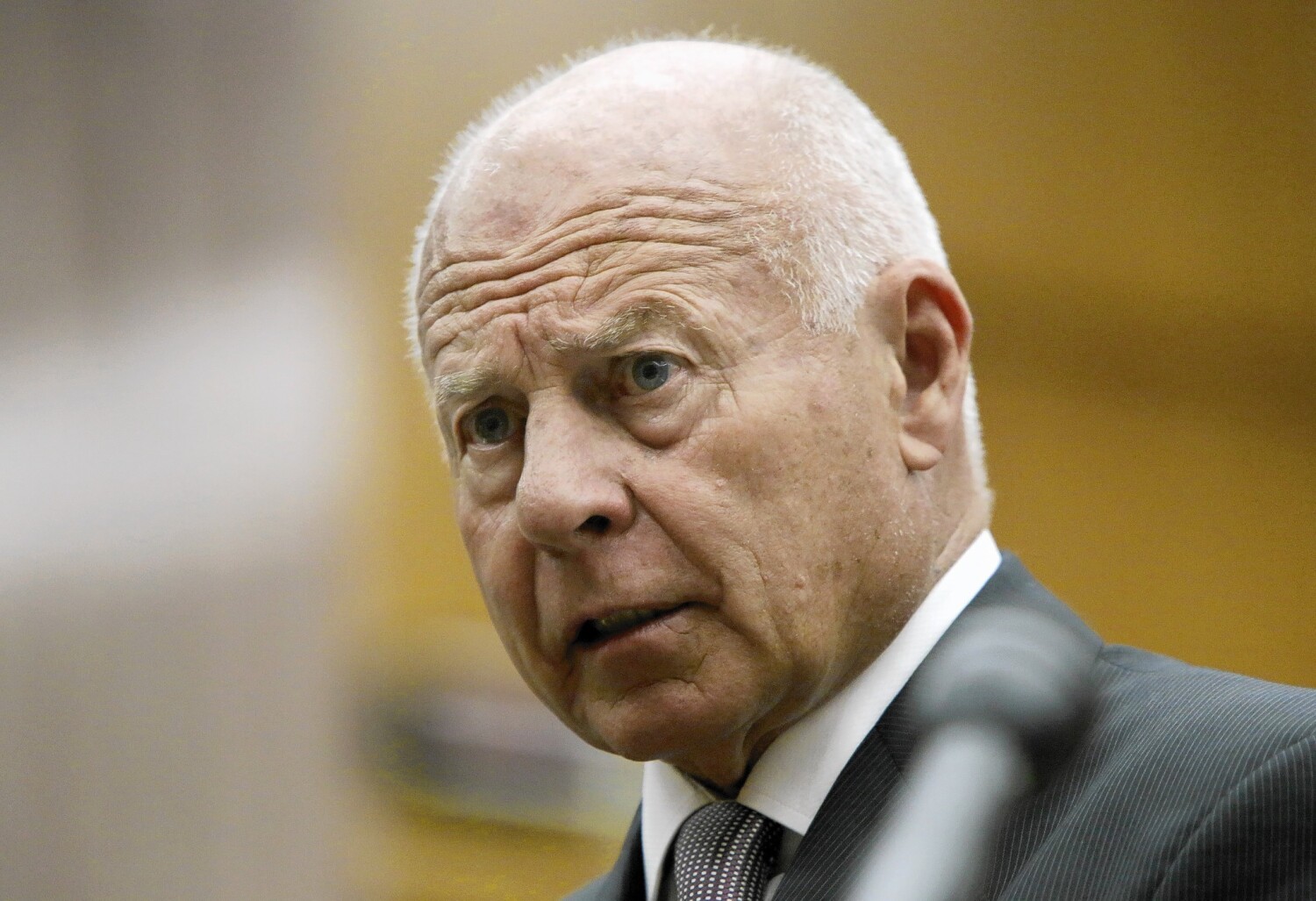 
The brother of prominent Los Angeles attorney Tom Girardi has asked a judge to appoint him as a guardian over his sibling, asserting that the elderly lawyer “is incompetent and unable to act for himself.”

Robert Girardi, a dentist in Seal Beach, told a bankruptcy judge in a petition Wednesday that his 81-year-old brother, famed for the case depicted in the movie “Erin Brockovich,” did not understand the gravity of the legal and financial peril that he currently faces. His venerable law firm, Girardi Keese, has collapsed amid numerous allegations that he misappropriated millions of dollars of money belonging to his law firm clients and otherwise failed to pay creditors. He’s also embroiled in a divorce from his much younger wife, “Real Housewives” cast member Erika Jayne.

In a sworn declaration, Robert Girardi said his older brother has short-term memory loss, and that attempts to discuss how to respond to the pending bankruptcy case were unsuccessful.

“My brother is incapable of realizing and understanding the repercussions of the bankruptcy filings pending against him and his law firm Girardi Keese notwithstanding having [it] explained to him over and over and by various people,” Robert Girardi said. “Furthermore, my brother is not capable of making rational decisions with respect to his financial responsibilities and offers solutions and opinions that are factually impossible.”

In December, a coalition of creditors moved to force Tom Girardi and his law firm into involuntary bankruptcy, but the attorney never filed a response by the Tuesday deadline. Robert Girardi’s petition offered an explanation for the missed deadline and he pleaded with the judge for more time to mount a defense for his brother.

Robert Girardi, 77, said he planned to file a separate petition in Los Angeles Superior Court, asking to be appointed as his brother’s conservator, and stated that the process would take a few weeks.

The move by Girardi’s brother to take over as guardian comes weeks after a criminal defense attorney for the legal legend first raised concerns about his cognition. Defense lawyer Evan Jenness told a federal judge in Chicago in December that Girardi “has had issues of his mental competence” and had not been able to help her strategize a response to allegations that he misappropriated more than $2 million from the families of plane crash victims.

Girardi’s firm, which operated in various iterations since the 1960s, appeared to cease operations late last year. Its website shut down and phone calls went unanswered. A pair of trustees put in place by the Bankruptcy Court visited the Wilshire Boulevard law practice last week to begin assessing the situation.

They found Girardi in his office though much of the rest of the firm was deserted, a testament to the mass departure of attorneys in recent years, said Elissa Miller, the interim trustee for the firm. She said there were boxes and boxes of documents, evidence apparently of “active cases that need representation,” she said.

“I don’t think he really has a handle on the day to day of these cases,” said Miller, an attorney with SulmeyerKupetz. She added, “He seemed a bit confused.”

Miller said her immediate goal was to pair the thousands of clients with competent attorneys so that the firm’s remaining assets — its legal cases — could be protected.

“The line is long of counsel that have contacted me already about taking cases over,” Miller added.