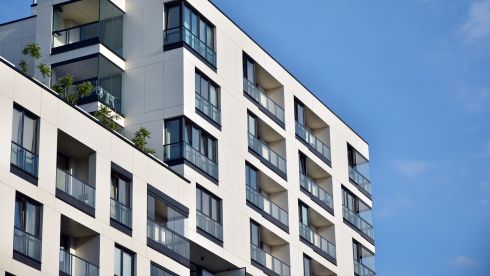 
We’re repeatedly told the way to solve Ireland’s housing problem is to build up, not out – in other words, more apartments. In other European countries, apartments account for 30-50 per cent of the housing stock; in Ireland they account for just 10 per cent.

However, the construction industry claims high-rise development in Ireland is too costly for a variety of reasons, including the increased structural requirements – think of lifts, car parking spaces, fire safety regulations – and can’t be delivered at affordable rates, at least not for the sales market.

The Society of Chartered Surveyors Ireland (SCSI), the professional body for the construction industry, has just come out with a report which underscores the argument.

It estimates the cost of delivering two-bedroom apartments in Dublin. The costs range from €359,000 for a low-rise unit in a suburban location to an eye-watering €619,000 for a high-rise unit in a city centre location.

The SCSI’s numbers were based on an assessment of 49 apartment schemes under development in Dublin last year and include hard construction costs, land, professional fees and developers’ margins.

The report merely confirms what most industry practitioners already know, namely that city apartment schemes are no longer being developed for the sales market as nobody can afford them.

Based on the Central Bank mortgage lending rules, which restrict people to borrowing 3½ times their salary, a first-time buyer couple would require a deposit of €38,000 and an income of €96,000 just to buy the cheapest apartment unit in the suburbs.

Remember, the €619,000 figure is only the cost of delivery; the sale price tends to be 10-15 per cent higher, which puts this type of unit at more than €700,000. The report said affordability remained “a huge challenge” – an understatement if ever there was one.