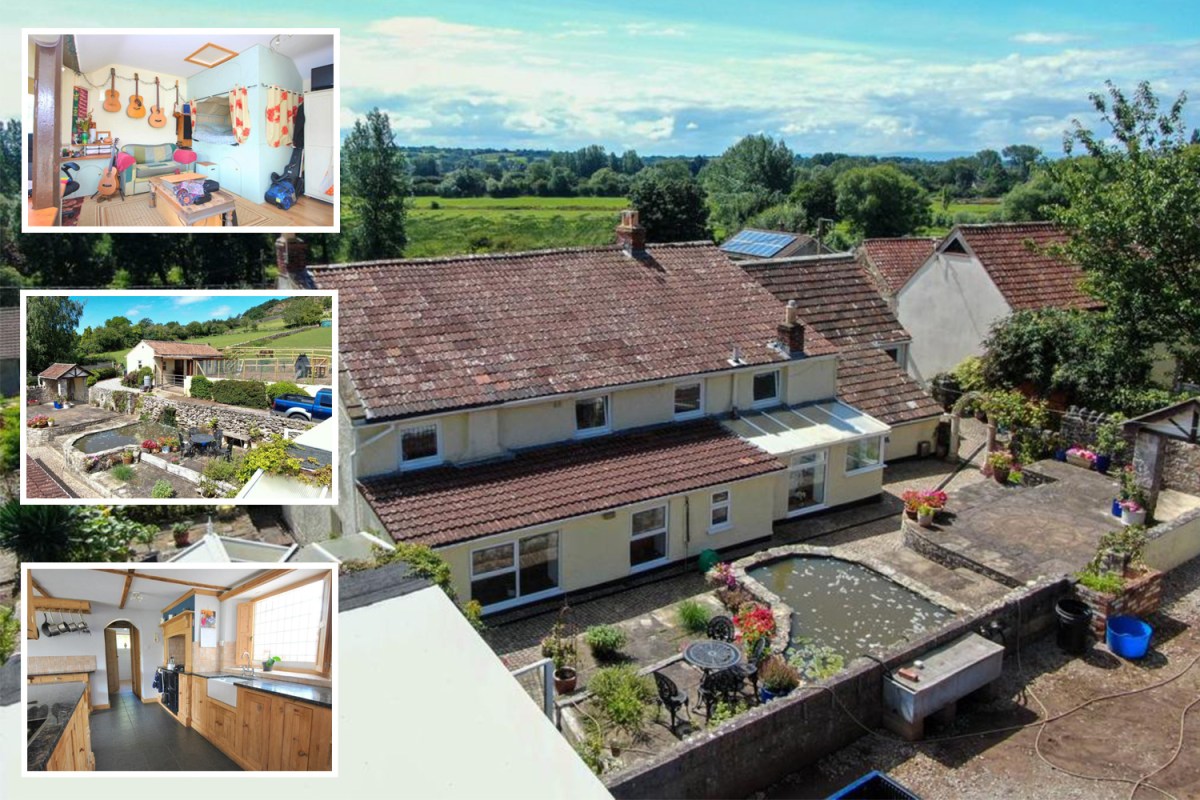 A FIVE-BED home with stables and a separate cottage on the grounds has gone on the market for £1million.

But the gardens of the stunning address in Somerset are sure to leave house-hunters blushing.

That’s because they feature some truly head-turning X-rated topiary that has seen the property branded the ‘willy house’.

The phallic greenery has had locals in tranquil village Cross, near Axbridge in Somerset, talking for 20 years.

But Peter Knife, who owns the house, says no one has ever complained about the seductive shrubs.

“I’ve lived at the house for 20 years with my wife and it’s always been known as the ‘willy house’ by children who go to school nearby,” the grandad said.

And although he wasn’t the one to trim the trees into their titillating shapes, he said he has no bone to pick with the original gardener.

“It doesn’t bother me in the slightest,” he said.

“I’ve had people walk past my house and ask how I keep my hedges so well-maintained.

“I wind them up and tell them I put Viagra in the roots.”

In a listing erected on their website, estate agents Cooper and Tanner labelled the home as “a unique landmark in this rural community”.

They added: “The stunning 200-year-old topiary yew trees adorning the landscaped front garden, and the elegant pale-yellow façade, belies a welcoming interior with old ‘farmhouse’ warmth and charm, and a plethora of original features.”

Agents say the extra space is perfectly suited to an Airbnb business.

It’s not the only home on the market boasting a surprise for the new owner – although it might be the rudest.

One spacious London apartment has a far more PG twist in store.

The flat in swanky Chelsea, which is on the market for a whopping £2,383 a month, comes fully-furnished with a sofa, bed and what appears to be a grand library.

But avid readers who reach for one of the leather-bound books will have a shock.

The bookcase is just a decoy. It slides apart to reveal a kitchen behind it.

I tell passers-by that I put Viagra in the roots

Meanwhile, a flat in a stunning Art Deco building went on the market for £800,000 this summer – and it hides its own bunker beneath the ground.

The whopping space lies behind a blast-proof underground door.

It’s kitted out with its own ventilation system – meaning the new owner could use it as a gym, home office or prep zone for a zombie apocalypse.

And a studio apartment in Brixton available to rent for £1,100 a month has a 25-metre swimming pool right outside the front door.

An ad for the home on Gumtree reveals the tenant will have “exclusive residents’-only access to an open-air swimming pool, which is beautifully lit in the evening”.

Do you have a story for The Sun news desk?